If you’re backpacking South East Asia and start talking about Laos, you’ll generally get asked just the one question: did you go to Vang Vieng?

My answer: Yep, I hated it. Honestly. I hated the most popular tourist destination in Laos.

Vang Vieng is a tourist hotspot, the busiest place in Laos without a shadow of a doubt. It’s a haven for those who want to let their hair down and have a good time, and the tubing in Vang Vieng is legendary. And there are drinks: including BeerLao and imported bevs, as well as cocktails of all forms aplenty and unlike the rest of Laos, clubs stay open until 4am or later.

But, while walking around I wondered – do all countries need a capital for hedonism?

Laos is a very traditional country. Everywhere other than Vang Vieng, there is a curfew of 11pm, so monks can rise early the next day (it’s basically my dream country because of this – I’m at my happiest when I’m in bed before 11).

Buddhist religion is strong here, people are very conservative, and while the country is certainly not dry in terms of alcohol – BeerLao and Lao Lao whiskey are very popular amongst locals – you’ll rarely see a drunk Lao person stumbling around the streets.

So why is it suddenly ok for thousands of drunk backpackers to descend upon these streets? To party in bars where there isn’t a local in sight? To use western-owned bars which don’t benefit locals at all? 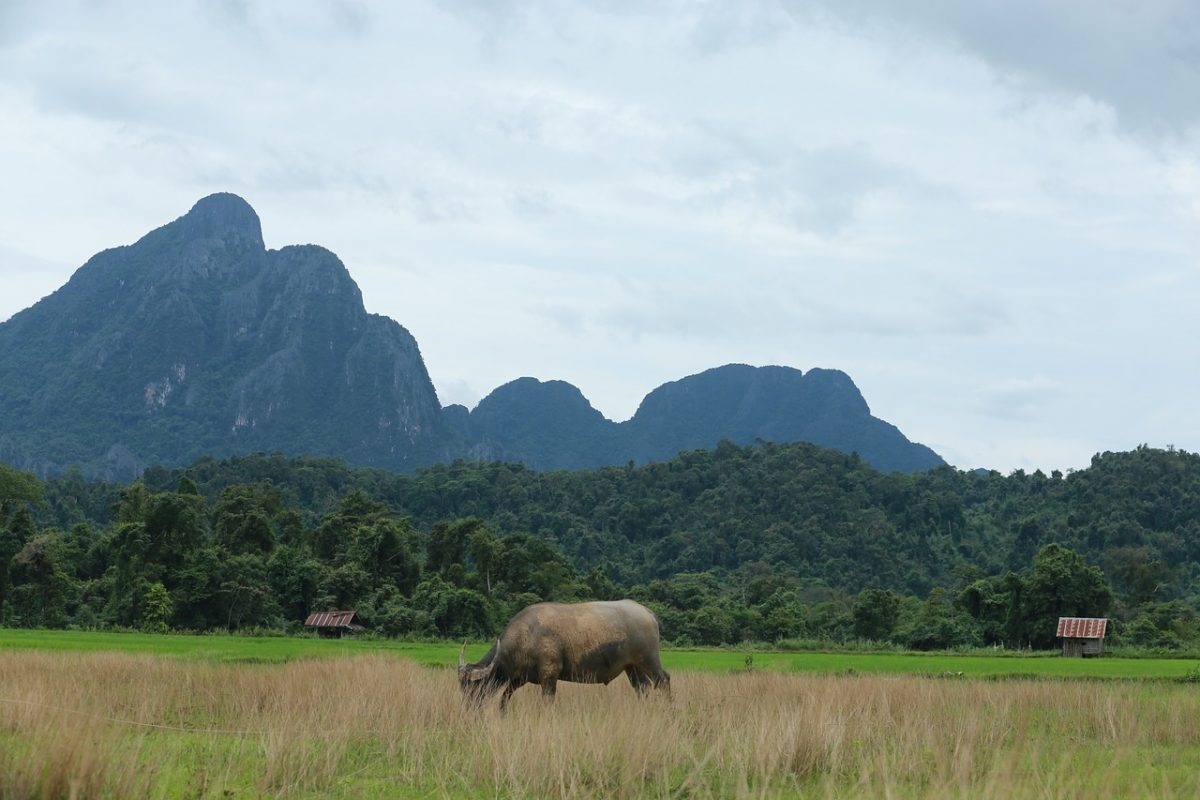 Let’s talk about how Vang Vieng became such a party place.

It was a bit of a tourist hangout in the 1960s, mainly due to its proximity to the largest opium den in the world. Yep, even then, Vang Vieng’s fate didn’t look great. During the Vietnam War, when Laos was very heavily bombed (it became the most bombed country per capita in the history of the world, ever), it was closed to tourists.

In the 1990s, Laos reopened to tourists and they started coming back to Vang Vieng. In 1998, the first tubes were purchased, and thus tubing began. Until 2012, it was a hedonist’s paradise. People drank themselves silly, tubed the day away and did ridiculous things like have a go on something called a ‘Death Slide’, named so because of the amount of people who had died sliding down it.

So many backpackers died in Vang Vieng during this time. Lao whiskey is incredibly strong, cocktail buckets were mixed with far too much alcohol and not enough mixer, there was deep water, rope swings, and the infamous death slides. It’s a recipe for disaster.

It’s obviously incredibly sad when anyone has a huge error of judgment and ends up paying the consequences. It’s devastating for any families involved, especially when these people were generally sensible at home and for some reason lost their inhibitions while backpacking South East Asia – which so many people do.

But what about the local people?

I want to bring this discussion back around to the locals. The people who have lived in Vang Vieng for generations, and remember it before it was a hedonist’s paradise. How do you think these people feel when they have to take another body out of the river of their home town? It was, after all, the local people who would have to do all of the physical sorting of this out.

Many people in Laos stay in their hometowns and do the work available there. In Vang Vieng, tourism was a huge business – but it had a very dark job description.

As well as giving individual people PTSD and other mental problems, the culture of Vang Vieng had to be compromised. All of a sudden, the traditional Lao culture had to deal with drunk backpackers being rowdy, getting naked and doing countless other things that don’t bode well in a traditionally Buddhist country.

While, yes, some businesses were locally owned, more and more foreigners came to get a slice of the income pie of Vang Vieng. Every time a foreign business sets up in Vang Vieng, the locals start losing money.

The End of Tubing 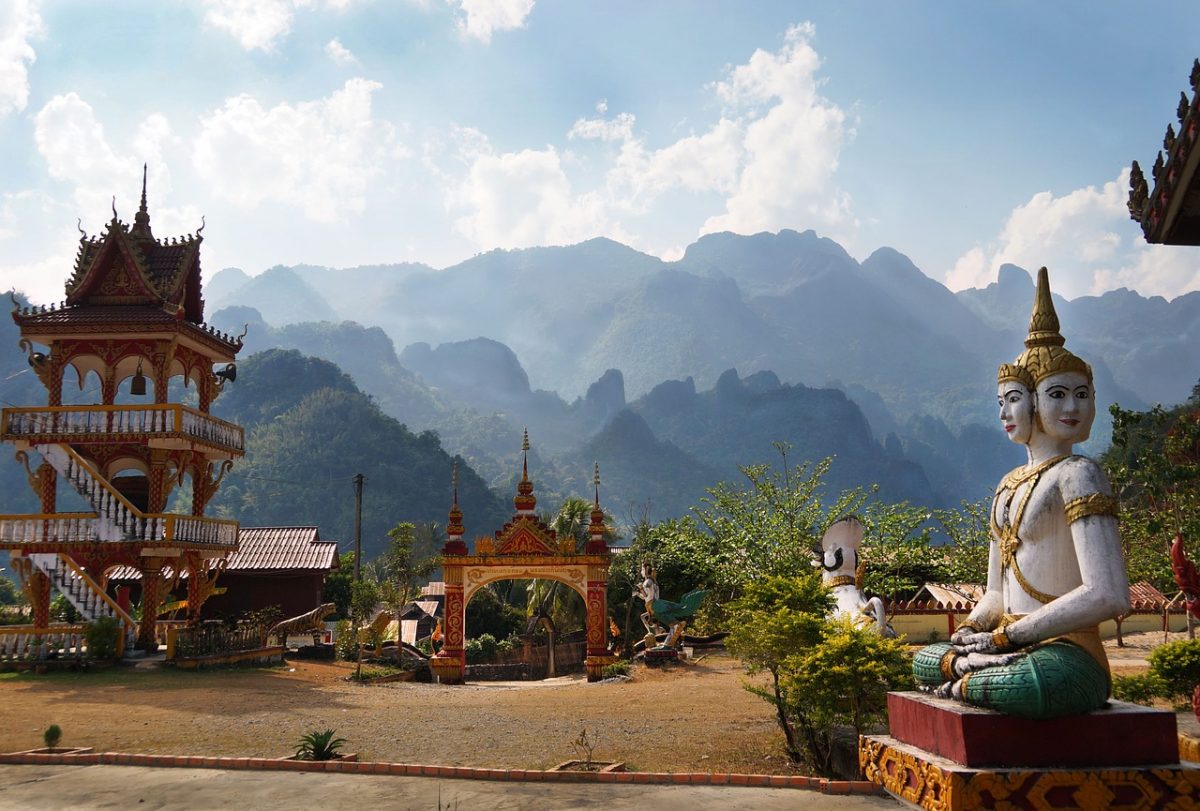 I’m writing this post in 2019, about 7 years after tubing was ‘clamped down on’. Vang Vieng is nothing like it used to be in terms of hedonism and crazy partying. For a bit of time, there was no tubing. Then it started again.

A lot of people told me that Vang Vieng was more chilled out now, some even calling it an eco-travel destination – but honestly, I beg to differ.

Walking down the high street, it’s still a party strip. There are still drunk Westerners everywhere, many of them behaving disrespectfully. Maybe not as many as there were in 2011, but still enough to make me recoil.

I still got told by a promo man who was covered in fluorescent paint that I was ‘boring’ for not taking him up on his offer for 5 free shots if I bought a fishbowl. (I was walking down the road alone wearing a tracksuit at the time, just to set the scene).

And – just my general observation, this may not be fact – but the locals in Vang Vieng seemed a lot more fed up than Lao people elsewhere in the country.

I still didn’t want to go partying in Vang Vieng.

People do still go tubing, and they do still visit bars and get drunk on the river. There are still incidents, although nowhere near as many as there used to be. There aren’t any rope swings or death slides. Vang Vieng has cleared up its act in that regard. But I do still wonder, how much does tourism in Vang Vieng help or hinder the locals?

If you do want to party in Vang Vieng, please do it responsibly. Try and find out who owns the bar you’re drinking in – if it’s foreign-owned, avoid it. Don’t get absolutely wrecked and act like an idiot. And do try to speak to some locals and interact with them, whether it’s by a friendly chat or by purchasing a handmade trinket. And don’t make Vang Vieng the only place you visit in Laos. There are so many wonderful spots in this country that could use the tourist dollar.

Is Vang Vieng worth going to with no partying? 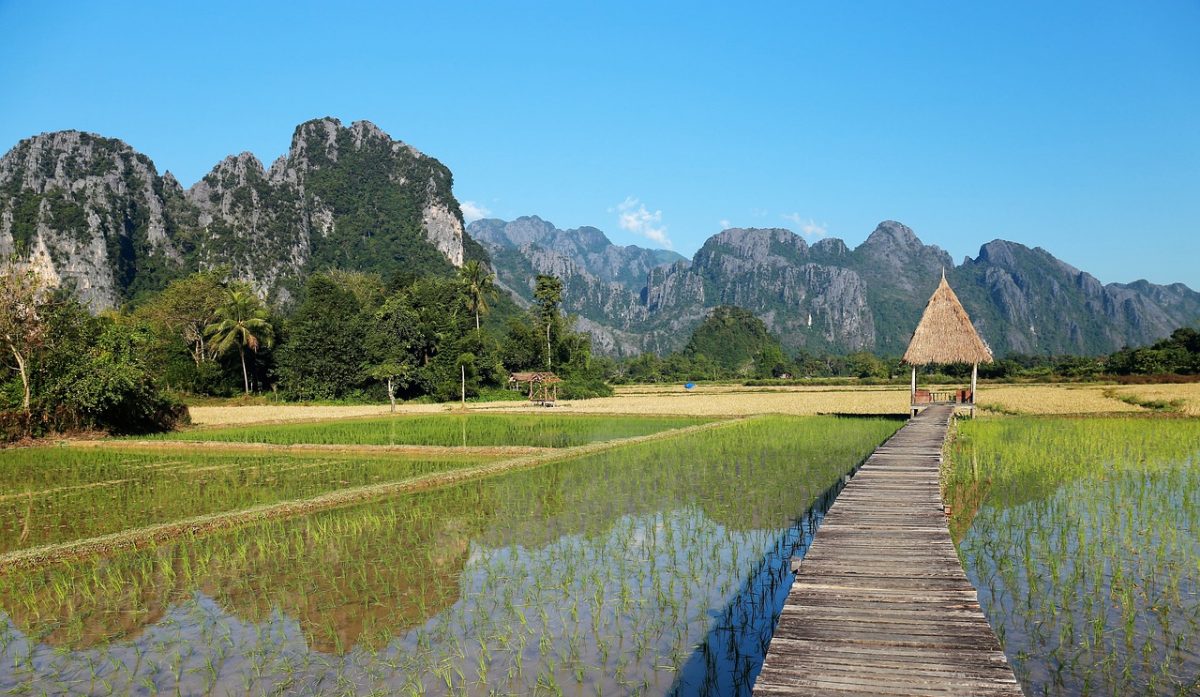 Vang Vieng is beautiful. It’s one of the most spectacular places I’ve visited in Laos – I’d say only Nong Khiaw (which has a fraction of tourists) was on the same level of impressive.

If you spend as little time in the town as possible, stay somewhere decent (basically all Vang Vieng hostels are party hostels) and make the effort to see Vang Vieng’s nature, then yes, I do think it’s worth visiting still.

Some nature-based things to do in Vang Vieng include:

Chilled Out Places to Stay in Vang Vieng

If you want to go to Vang Vieng, but don’t want to party, check out these much more chilled out spots to stay.

Faraway Suites is a guesthouse/ hostel accommodation down a side street, and while it does welcome backpackers, it is a lot more chilled than some hostels in Vang Vieng. It’s brand new, and has comfy beds, high quality linen, and welcoming staff. Rooms have gorgeous mountain views – choose from a boutique private room or a dorm bed. Click here for rates and to book.

Right on the banks of the river is Riverside Boutique Resort. This resort has stylish rooms and a pool with comfy sun loungers, free WiFi, a bar and breakfast. It is set in an elegant historic building and has a luxury spa on site. Click here for rates and to book.

Getting to and From Vang Vieng

Buses leave Vang Vieng to Vientiane, Luang Prabang and Phonsavan, as well as smaller destinations. You can book with one of the many tour operators in town or head to the local bus station (which is at the end of the main street opposite the walking street) and jump on the next bus.

Where next in Laos?

I hope you’ve enjoyed this Vang Vieng rant – check out my other Laos travel posts for more inspiration!

I’ve also written a super comprehensive Laos itinerary for one month (yes, there’s plenty of ways to spend a month in Laos!) and a list of backpacking Laos travel tips.

If you’re visiting other countries in the region, check out my Vietnam itinerary, my Bangkok itinerary and my Bali itinerary – and there are more to come!

One thought on “Why I Didn’t Party in Vang Vieng”