The Best Places to Visit in Norfolk, UK

Endless stretches of white sandy beaches, twisting salt marshes, ancient forests and the tranquil shallow lakes of the Broads; Norfolk has some of the most beautiful natural landscapes, and therefore some of the best scenic views in the country.

You could spend a day inhaling the fresh sea air along Norfolk’s coastline, an Area of Outstanding Natural Beauty, or head inland to marvel at the gentle waterways lined with wildflowers and iconic windmills. Whether you’re at the coast or countryside, there are so many places to visit in Norfolk; mainly consisting of natural landscapes and breathtaking beauty spots which are a haven for wildlife.

Not only does Norfolk have some of the most spectacular landscapes in the country, it also advantages from being in close proximity to London – Norwich is a two hour train or three hour drive away.

It’s a coastal destination and sees a lot of sunshine; and it’s great for all sorts of trips, from UK motorhome holidays with the family to cottage weekends with the girls!

Where to Stay in Norfolk

There are plenty of amazing places to stay in Norfolk, but one of the best has to be Kett Country Cottages. They offer a wonderful collection of Norfolk cottages where you can relax with your loved ones after a day exploring the sights. Many have cosy hot tubs and wood burners, and all offer self-catering facilities. And they’re in close proximity to the places to visit in Norfolk that are mentioned in this post!

Places to visit in Norfolk 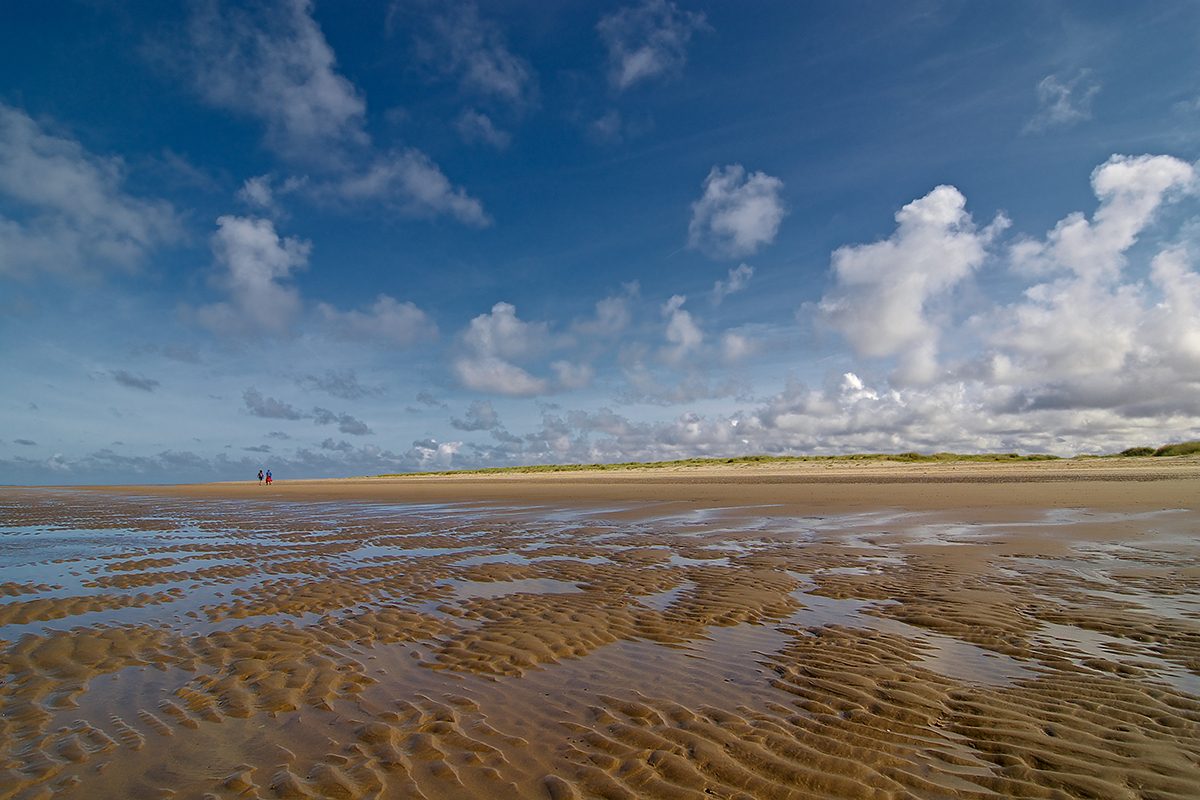 At the heart of the Norfolk Coast Area of Outstanding Natural Beauty and part of the internationally important Blakeney National Nature Reserve, Blakeney Point is a 4-mile sand and shingle spit owned by the National Trust. One of North Norfolk’s most iconic natural landmarks, it is home to an endearing colony of grey and common seals as well as breeding terns and migrant birds who pass through in the summer.

The best way to see the wildlife on Blakeney Point is to hop aboard a boat from Morston Quay, with some trips offering the chance to go ashore. If you want to catch a glimpse of mothers with their fluffy seal pups, the best time to visit is between November and early January. If you have time, we also recommend visiting Stiffkey Marshes, another captivating site on the nature reserve with twisting muddy creeks, swathes of wildflowers and flocks of breeding birds. 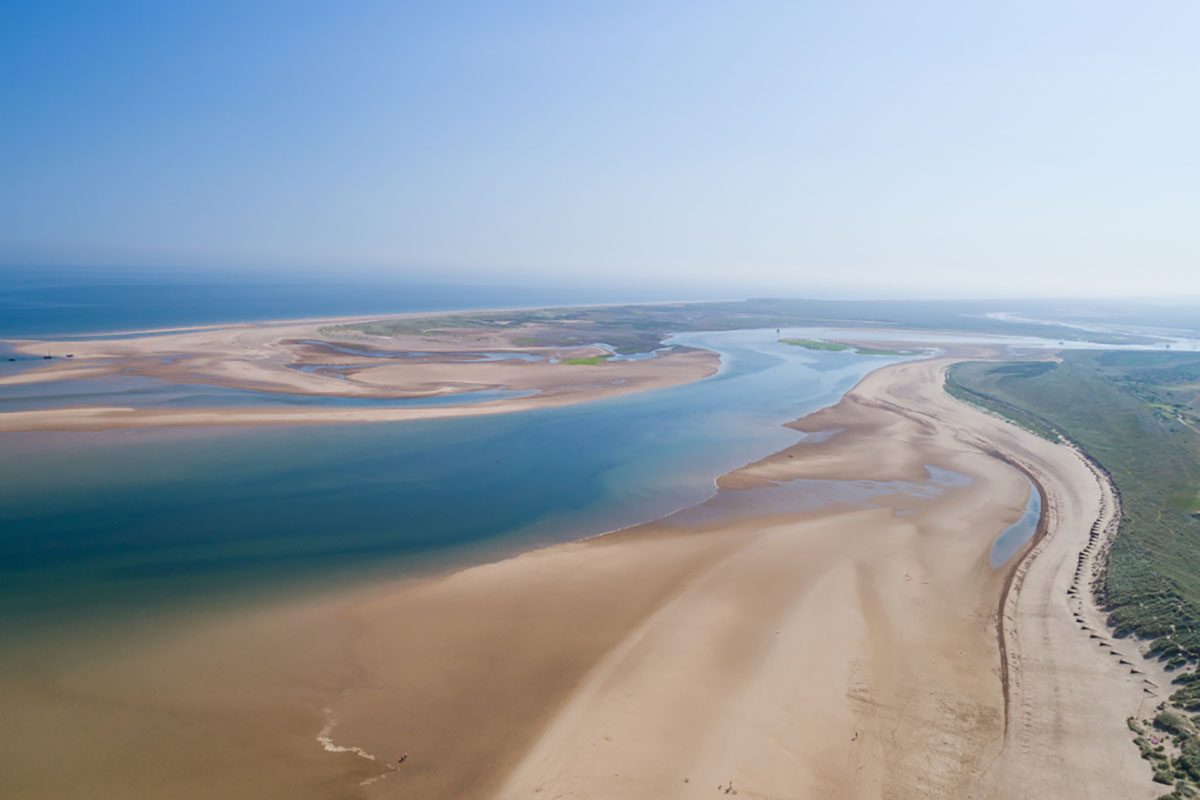 One of the most unspoilt and beautiful stretches of sand in the country, you could easily be forgiven for thinking you’d landed on tropical shores on Holkham Beach. Part of Holkham Nature Reserve, its pristine white sands backed by rolling dunes and pine forests have been the setting for many notable films including the closing scene of ‘Shakespeare in Love’.

Behind this idyllic shoreline lies a basin, which, at high tide, fills to form a spectacular shallow lagoon. There are also two bird watching hides hidden behind the beach, overlooking the grazing marshes where pink-footed and brent geese can be spotted during the winter months. This really is one of the best Norfolk beaches. 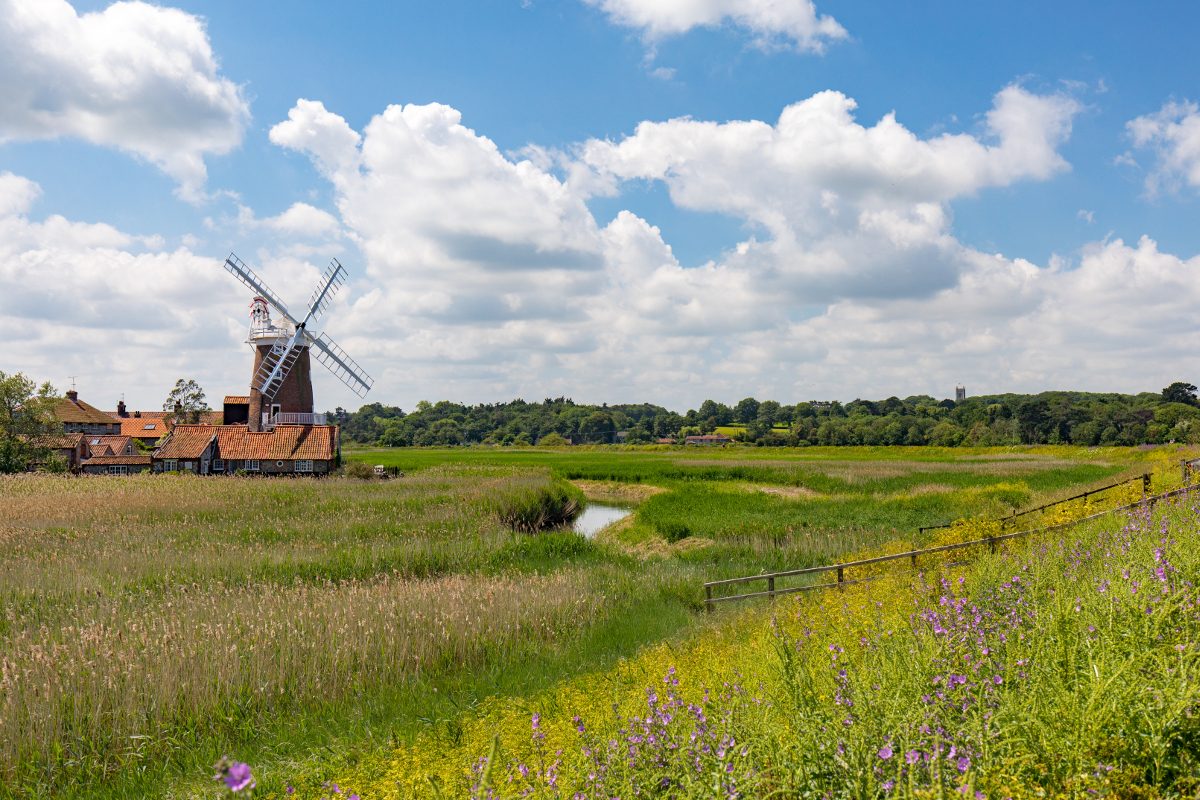 Initially a manmade accident, the Norfolk Broads were created in the Middle Ages when holes were dug in Norfolk settlements to excavate peat for fuel. Due to rising water levels the holes regularly flooded and, over time, created a breathtaking landscape of shallow lakes. There are now 125 miles of navigable lock-free waterways which can be explored by boat or by foot.

Having formed a rare wetland habitat which flourishes with fascinating wildlife, the Broads are a must-see during a holiday in Norfolk. Hickling Broad is the largest of the broads and its gently swaying reed beds offer a home for swallowtail butterflies, common cranes, bitterns and bearded tits as well as dragonflies and a wealth of other insects. Or you could head to Horsey Mere Broad, a landscape photographer’s favourite, encompassing the iconic National Trust Horsey Windpump. 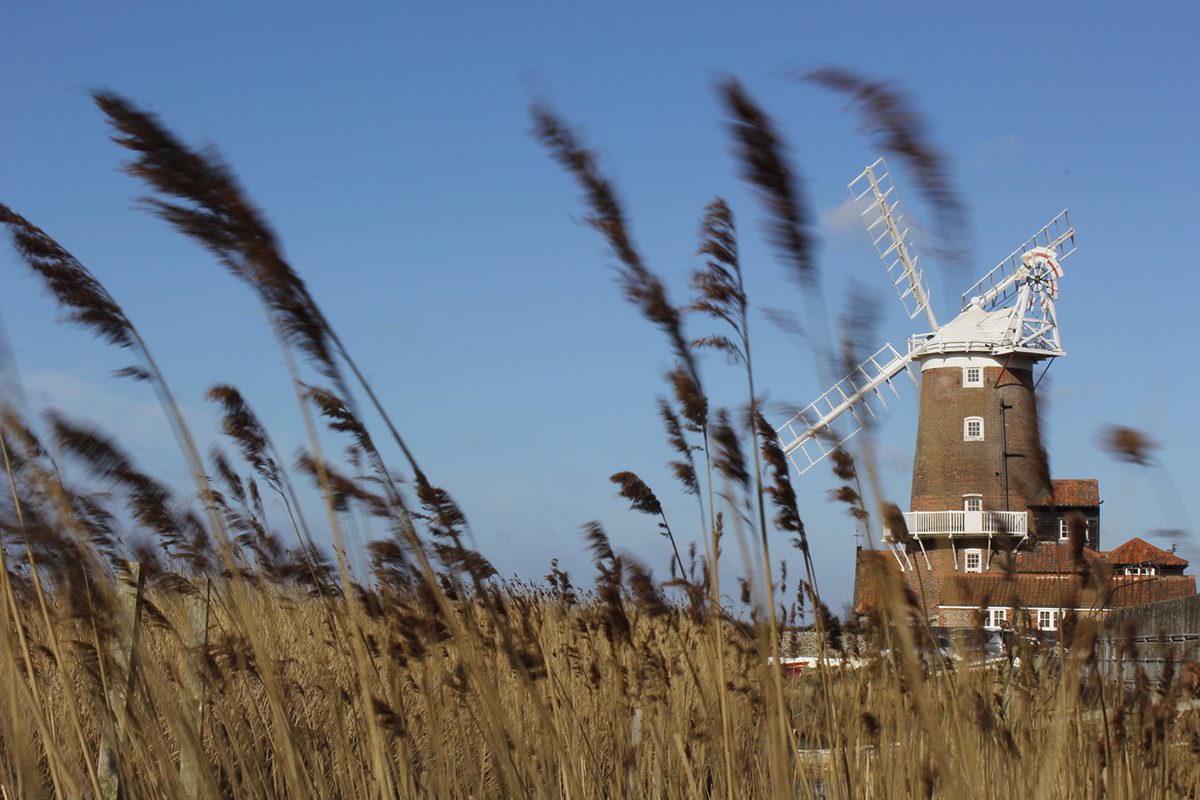 One of the oldest conservation sites in the country, NWT Cley Marshes is considered a prime example of Norfolk coastal wetland and has provided a blueprint for nature conservation across the UK. It comprises 400 acres of still, saline lagoons, grazing marshes, reed beds and a shingle beach.

This natural landscape forms the habitat of wintering and migrating wildfowl and waders, as well as bitterns, marsh harriers and bearded tits – it has a well-deserved reputation as one of the UK’s best bird watching sites.

Throughout the year, the spectacular scenery transforms so there is always something to see and an environmentally friendly visitor centre offers a great observation area over the marshes towards the sea, as well as some welcome refreshments.

Foxley Wood is the largest ancient woodland in Norfolk. Managed by the Norfolk Wildlife Trust, this nature reserve is recorded in the Domesday Book of 1086 and some parts of the wood are thought to be over 6,000 years old. Enchanting throughout the year, the woodland really comes into its own during spring when swathes of bluebells carpet the forest floor as far as the eye can see.

Look out for the butterfly orchid, wood anemone, lily of the valley and meadowsweet, and smell wild garlic as you wander among the trees. Over 250 flower species have been recorded here, as well as a variety of Norfolk birds including woodpeckers, tawny owls, sparrow hawks and the occasional barn owl, plus a myriad of butterflies. 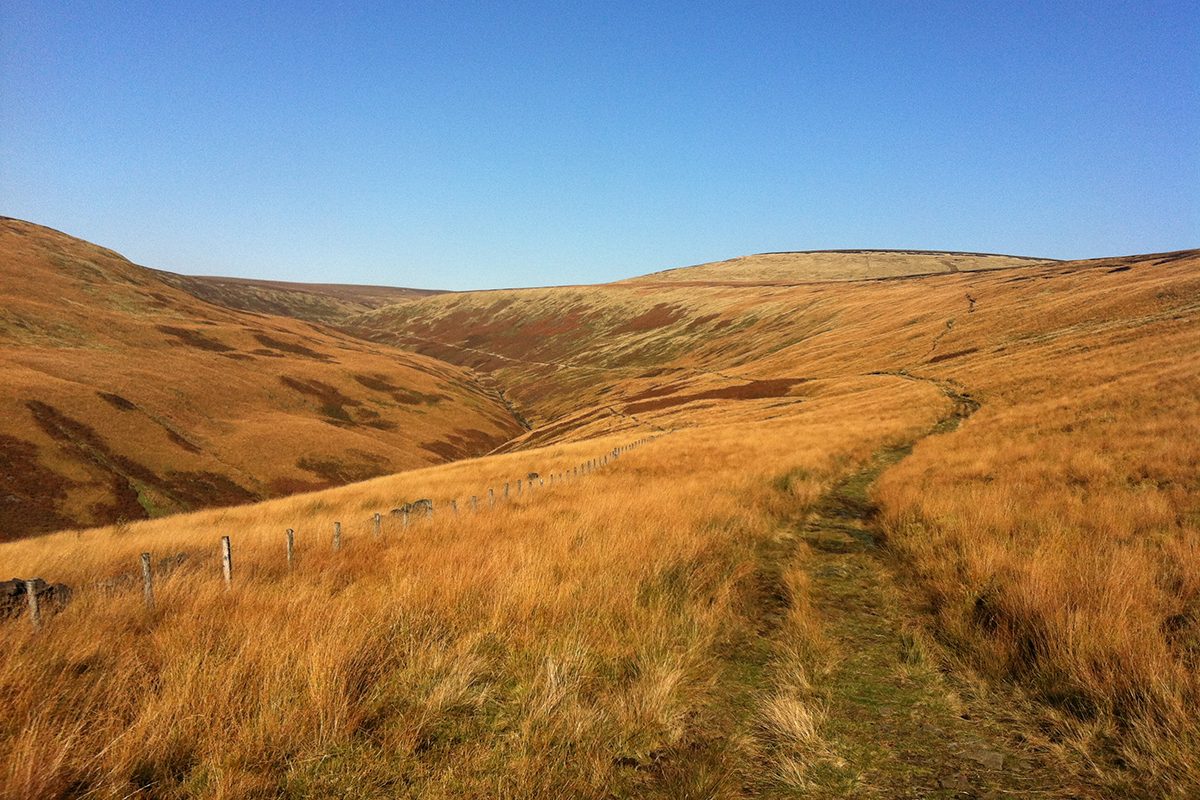 One of the North Norfolk Coast’s most attractive landscapes, NWT Holme Dunes is home to a range of coastal habitats including sand dunes, freshwater pools, grazing marsh, saltmarsh and pine forests. This open wilderness has a pretty much deserted unspoilt beach and, at the point where the north coast turns west into the Wash, it feels like an island cut off from the mainland by an expanse of wet meadows.

Wildlife is abundant with over 320 species of birds having been spotted from the bird hide and dunes, along with a variety of sea life on the beach. If you want to escape the crowds of summer and find an idyllic beach off the beaten track, this is the place to go. 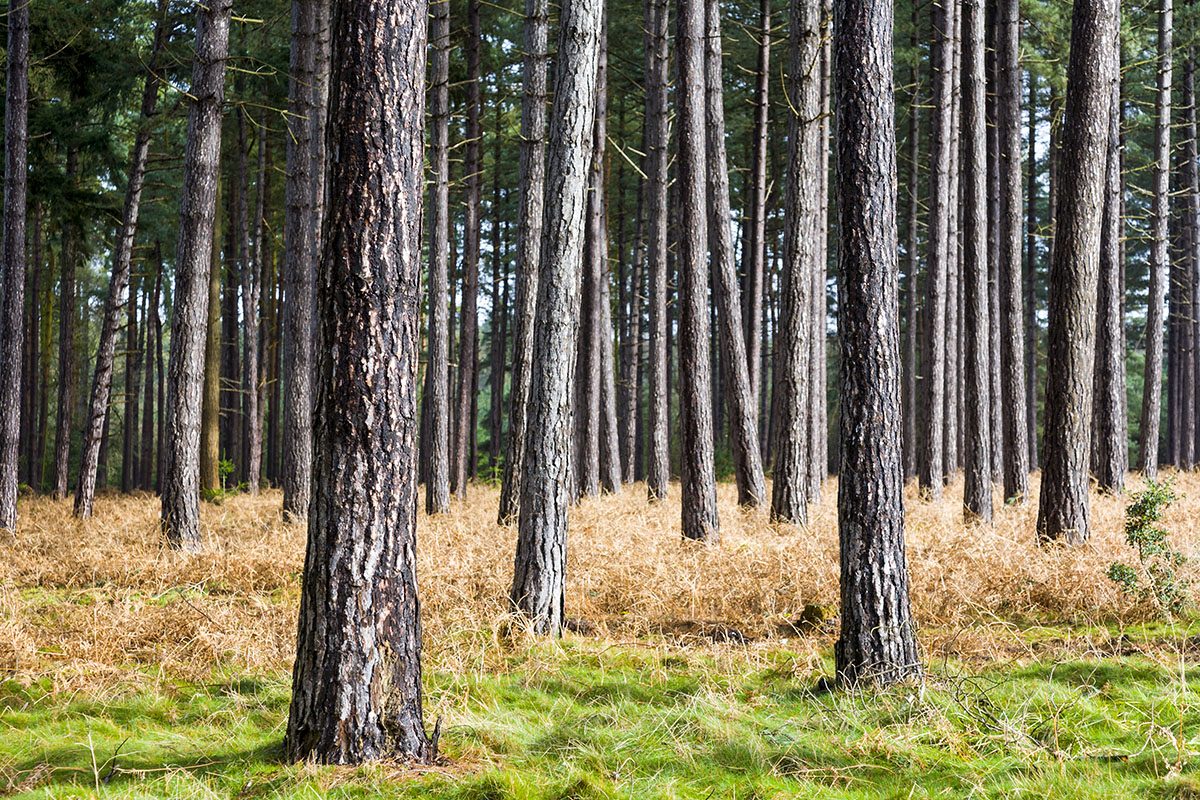 Spanning over 19,000 hectares, Thetford Forest is a Site of Special Scientific Interest and the UK’s largest man-made lowland forest. Wander among pines, heathland and broadleaved trees, enjoy birdwatching and orienteering, or lay out a picnic blanket and keep your eyes peeled for red deer.

The forest is a haven for wildlife, flora and fauna – you might spot some of the lesser-seen birds including nightjars, crossbills, siskins and an introduced population of golden pheasants. Particularly captivating in the autumn, you can walk, cycle or horse ride through crunchy fallen leaves and scattered pine cones set against a backdrop of glowing golden light.

Are you ready to visit Norfolk?

If Norfolk wasn’t already on your UK bucket list, I hope it is now! Whether you’re having a family holiday or romantic weekend away, there is something for all nature lovers in this beautiful county.