Guatemala isn’t presented that well in the media. According to British newspapers, violent muggings happen all the time, and there’s apparently a huge homocide rate. It’s hard to imagine why, given these statistics, anyone would go to Guatemala.

I was fully aware of this when I booked my flights in March 2015. I was in Guatemala for seven weeks. I experienced zero violent muggings, and nil situations where I felt unsafe. I spent five days in New York straight afterwards, and experienced a very scary fight on a subway, as well as a couple of other instances where I felt much more unsafe than I ever did in Guatemala.

What the newspapers fail to tell is that nearly all of the crime in Guatemala is occurs in gangs. Very little is directed at tourists; and the crime that is could really happen anywhere in the world.

A lot of people asked me why I planned a trip to Guatemala when there are many more famous travel destinations in the world. I actually went travelling in Central America the year before, but flew from Belize to Nicaragua, skipping Guatemala, Honduras and El Salvador. But once we got to Nicaragua and met travellers who had just arrived from Guatemala, we immediately regretted our decision.

So I vowed to return. But even after booking my flights, doing the incredibly long 2 transfer journey and arriving in the country, I still felt a little skeptical. Is Guatemala safe? Could the media’s advice be true? I wondered during my (incredibly long) stopover in Newark airport.

But as always proved, the world is simply not as scary a place as it is made out to be. 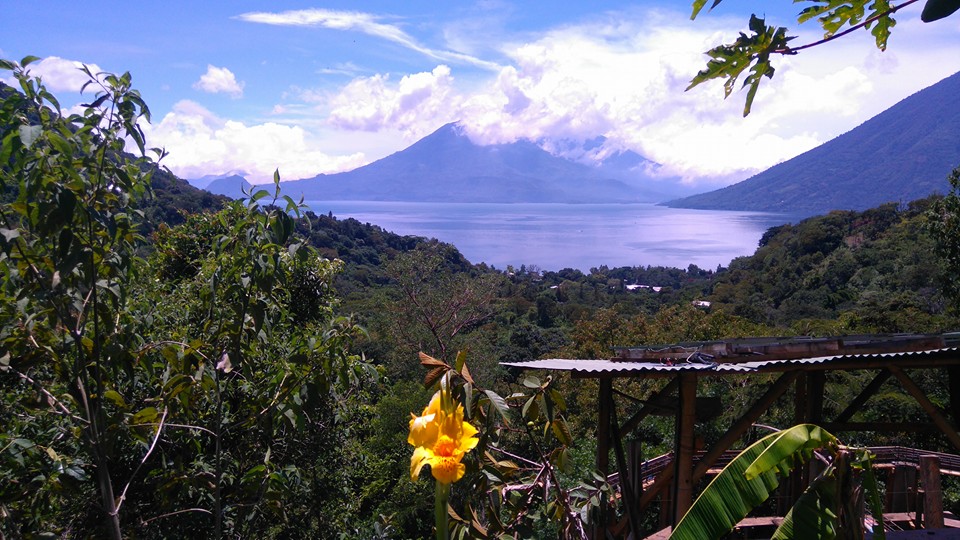 Just because a place has certain statistics, it does not mean that you will be in danger if you go there. There’s definitely dangerous places in Guatemala (just as there is in London, Bristol and New York). The country does have drug trafficking issues and gang violence problems.  But as tourists there’s two easy ways to stay out of these problems; don’t traffic drugs, don’t get involved in gangs. 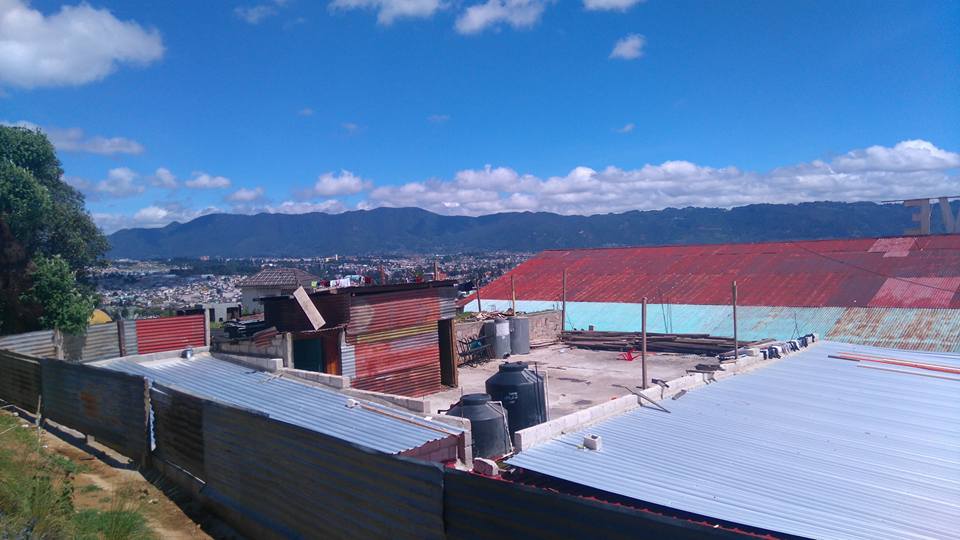 The majority of Guatemala’s most dangerous neighbourhoods are in the capital. I avoided the city completely apart from driving through on a shuttle to the airport. It didn’t strike me as dodgy or dangerous at all – it actually seemed like quite a pleasant, prosperous city – but of course this was in broad daylight and I didn’t drive around the most dangerous areas.  This being said, some areas of Guatemala City are absolutely fine for tourists and locals alike – I met people who travelled there and had absolutely no problems. As aforementioned, if you don’t traffic drugs and get involved with gangs, you will hugely reduce your chances of being involved in anything dangerous.

If you go to Guatemala, it’s completely possible to entirely skip the capital. And the other cities are extremely safe.

The colonial city Antigua is only an hour away from Guatemala City airport. If you’re travelling from elsewhere in the country, you can get a direct shuttle or change bus in Guatemala City.

Antigua and Quetzaltenango are both perfectly safe during the day. They may be a bit riskier at night, but I had no problems walking around in a group after dark. There have been incidents of robberies after club closing time, but like anywhere, if the necessary precautions are taken, the risks aren’t huge.

I felt completely safe in Quetzaltenango. Not only did I never find myself in a precarious situation, but I was greeted by immense warmth and friendliness by the locals. It’s commonplace in Guatemala to greet everybody you see on the street – hardly the backdrop for a violent robbery.

I felt most unsafe in lakeside town Panajachel – which is interestingly a very touristy town; but it wasn’t Guatemala’s fault. I encountered a couple of people looking to make money out of me, and kept my guard up as I was a solo female traveller. I didn’t experience any real problems in the town and I happily walked the streets of all the other lakeside villages (San Marcos, San Pedro, Santa Cruz, Jabilito and even the 6km distance from Panajachel to Santa Catarina Polopo) completely safely. 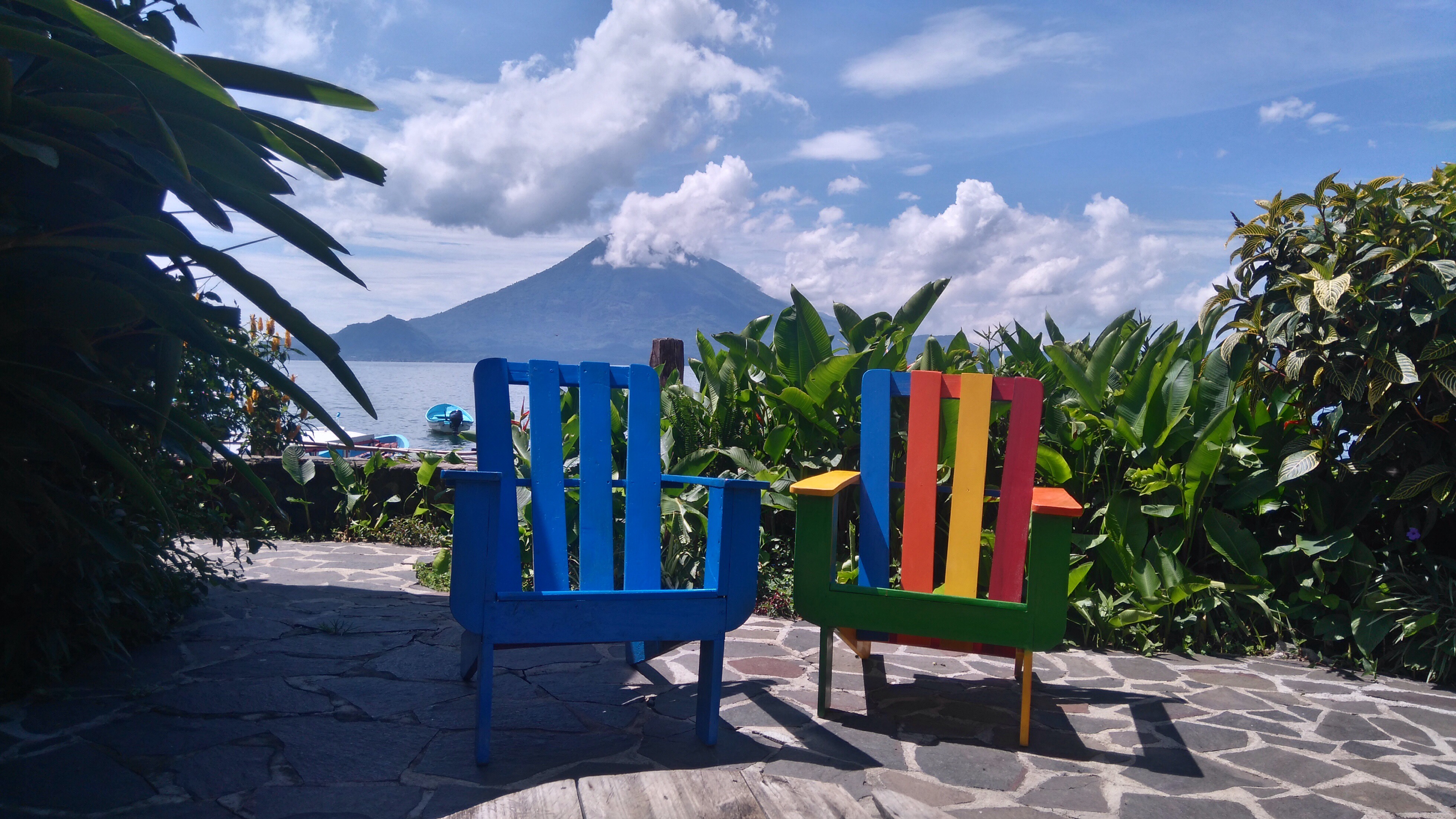 How did I, a solo female traveller, stay safe in Guatemala?

So why did I feel so safe, in a country that is said to be so dangerous? Here’s a few things that I think really helped me maintain my security as a solo female traveller. These advisories can be (and should be) applied anywhere:

One day in Xela, I was walking down the street with some cash in my pocket. I heard a man saying “señorita” behind me, and turned around. He was holding a 5 quetzal note (just under 50 pence) and said “te cayó esto” (you dropped this). In ‘one of the most violent places in Latin America’, a lovely man had just ran up an entire road to give me my money back. Somehow, I just can’t imagine this happening in London. 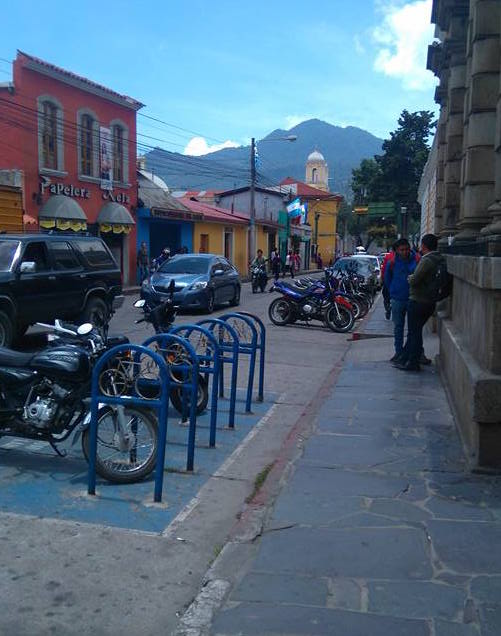 Travel Gear that will help you stay safe in Guatemala

I honestly believe that a safe trip to Guatemala or anywhere in Central America is made much more possible with the correct gear. There’s so many things you can purchase to ensure you have a safe trip, and my top picks for Guatemala include:

Money belt to keep money, cards etc stashed away under my clothes. If you wear baggy items, there’s no way anyone will be able to tell you’re wearing one.

Bumbag – I always use one of these to keep my bigger (and less important) valuables in. I’ll keep my main card, passport and big amounts of cash in my money belt but my phone, the cash I have to spend at that time and other items in my bumbag. This means that they’re close to my person and although some very skilled people manage to snatch bumbags, it’s a lot safer to carry valuables like this rather than in my pockets. Padlock to keep my bag secure when taking long distance buses – I also used it on lockers when staying at hostels.
Spanish phrasebook – learning a little of the local lingo will help you a lot when you don’t want to look like a tourist! Rape alarm – if you are really worried about staying safe one of these devices will omit a loud loud noise and attract potential rescuers! Water to go bottle – you definitely can’t drink tap water in Guatemala normally, but with one of these babies you sure can! The water to go bottle filters tap water making it perfectly safe to drink – and it’s the easiest thing to use. Mosquito net for any areas with a high mozzie population. This will help you avoid all sorts of nasty mosquito-bourns diseases. First aid kit for any injuries and ailments. Make sure to include LOTS of Immodium and rehydration sachets!

So is Guatemala safe?

Seriously, Guatemala did not feel that dangerous to me. Of course, the statistics are present, but there’s a story around each number. I strongly believe that as long as all the necessary precautions are taking, trouble can very easily be avoided. Of course, sometimes situations are unfortunately unavoidable; but this is also the case in London, New York, Sydney and pretty much any other city on this globe. The world really isn’t as scary a place as we’re told. Let’s enjoy it.

If you need any more convincing to go to Guatemala, check out the ten things Guatemala does best and the 14 things I learnt in my first 14 days in Guatemala. If you liked this article please share it or follow me on Facebook!

Disclosure – some of the links within this post are affiliate links. If you make a purchase by using these links, I get a small commission at no extra cost to you. This is just one of the ways I keep this website running for free – so if you’ve enjoyed this article and are thinking of purchasing the items, please use my referrals!

Where have you been that’s considered ‘dangerous’ but has actually been absolutely fine?

47 thoughts on “Is Guatemala Safe? – Don’t Judge a Country by its Statistics”