I’ve always been a massive nerd. I used to be that kid that would stay in reading instead of going out to play, and I still am that adult that stays in reading rather than going out to play. BUT when I was a young adult I developed this love for travel, and suddenly found a way I could twin my geekiness with travelling. How? By visiting nerdy attractions, of course!

There are plenty of these all over the globe, but I’d argue that nowhere has as many as London. It ties with Mexico City for the city with the most museums in the world, it has a really distinct literary scene, it has a *ahem* interesting political climate, and plenty of British and global history to learn about.

The Best Geeky Things to do in London 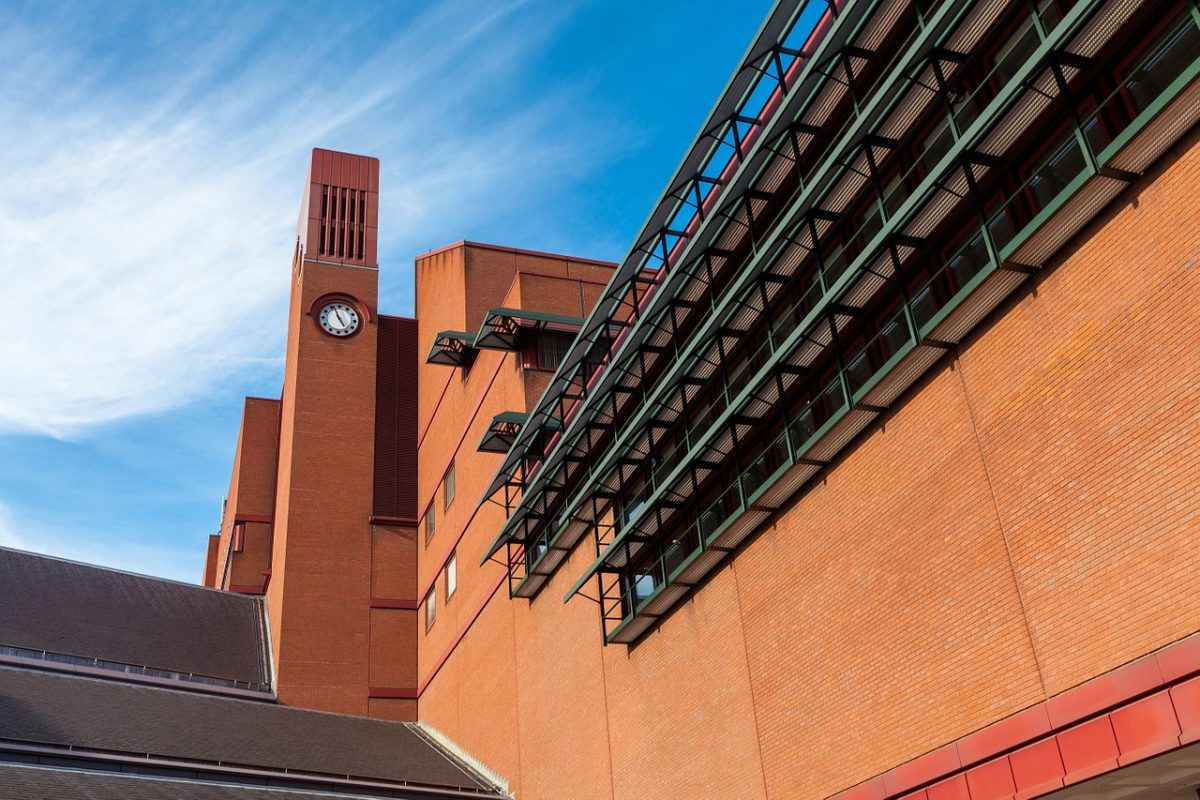 The British Library is home to the Magna Carta and various other important literary works. A lot of the collections are not open to the public, but there are tours of the building and other events on. General entry to the building, and seeing the Magna Carta, doesn’t cost a penny, making it one of the best free attractions in London. 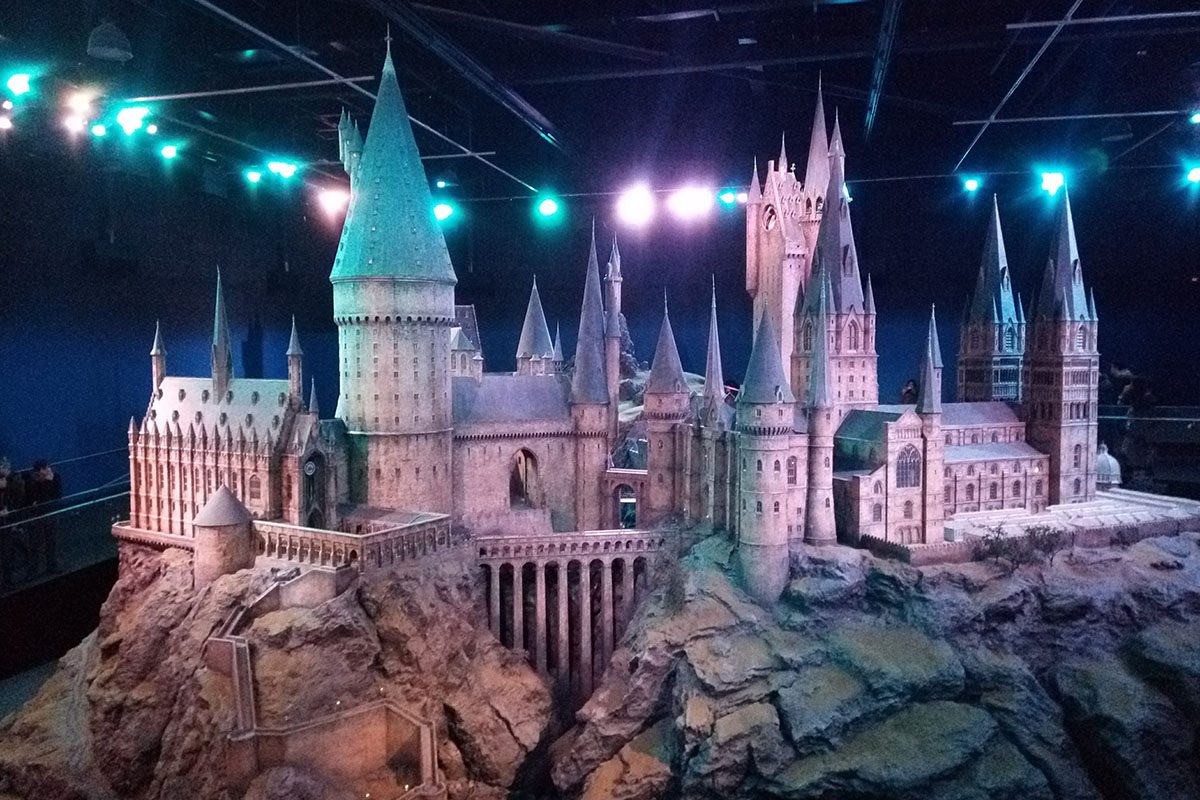 If you’re a Hogwarts fan, you’ll be in your absolute element in London – there are so many Potter-related activities here. Whole you’ll find Harry Potter experiences all over the UK, the highest concentration are possibly in London.

For starters, head to the Harry Potter WB Studios. This isn’t actually in London, but transport leaves from the city regularly. You’ll have the chance to look around actual sets used in the films: like Diagon Alley, the Forbidden Forest, various rooms at Hogwarts and Gringotts, as well as walk through exhibitions detailing the making of Harry Potter. My favourite thing about it was learning about what actually goes into the making of a movie series like this.

You can also take part in a Harry Potter tour around the main attractions of London. Including places like Platform 9 and 3/4 at King’s Cross Station and Leadenhall Market, these tours are great to get a grounding of inspiration that was used in the movies. Click here to book a tour.

See All the Museums 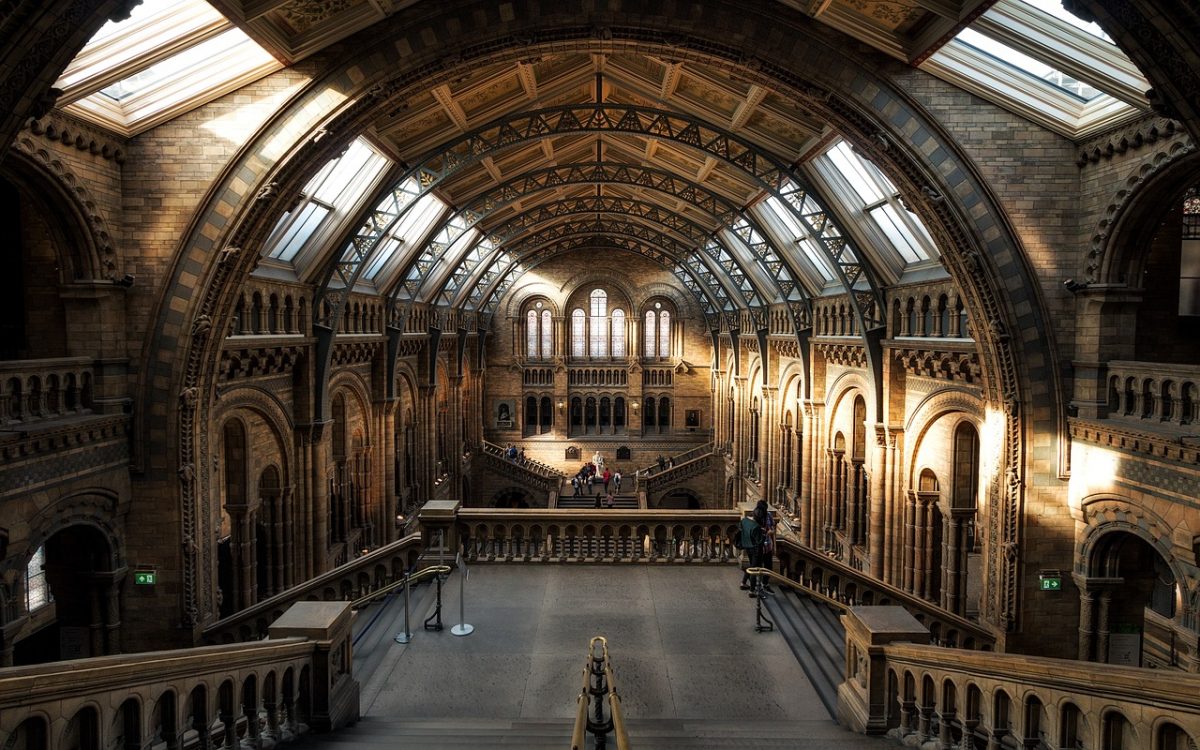 I could list every museum in London in this post, but I don’t want it to just become a post of the best museums in London – there’s plenty of those already!

However, there’s no denying that some of the best geeky things to do in London are its museums. And what’s better, many are completely free to visit! Some of the best museums in London include: 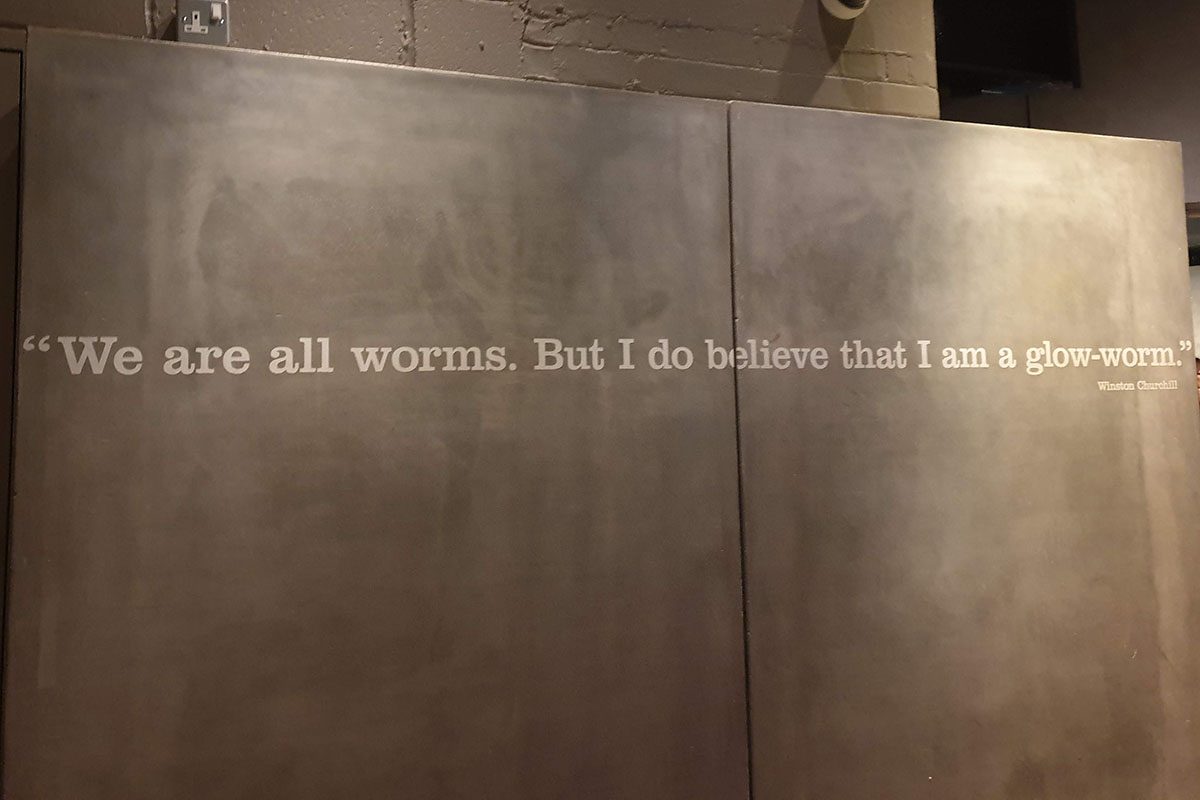 Technically also a museum, but worth a visit because it’s just that good – the Churchill War Rooms is great to learn about war history in London. It’s the preserved rooms from which the Second World War was directed from, and includes a room of maps, the bedrooms of MPs at the time, and various meeting rooms where the war was literally directed from. Amazing.

There’s also a museum detailing the life and times of Churchill, how he became such a well-known character, what led up to his success, and much more. At 22 entrance, it’s a little pricey – but is a must-do if you’re searching for geeky things to do in London. 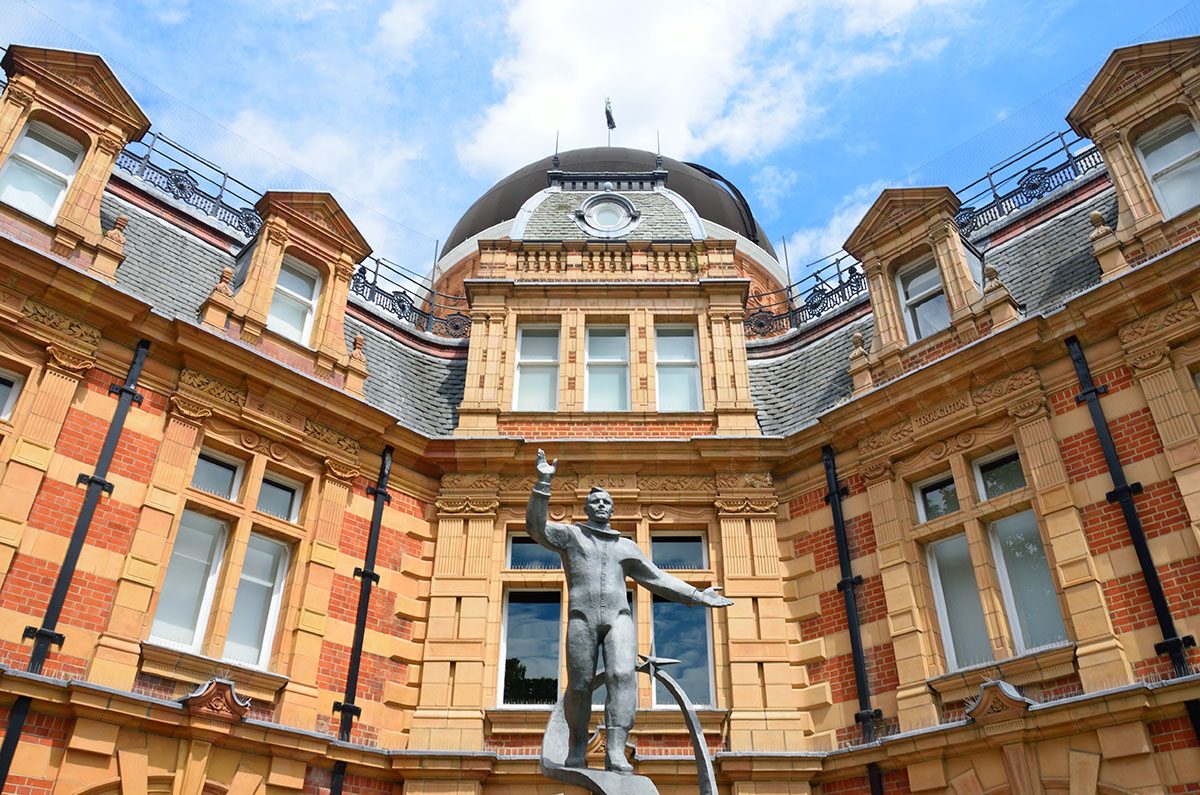 If astronomy is your game, check out the Greenwich Royal Observatory in South London. Not only can you stand on the GMT line here (so you can literally be in the eastern and western hemisphere at the same time, which is awesome!), but you can gaze at the stars in the planetarium, feel like you’re journeying through space as you float between planets, and learn lots about our solar system to boot. Pretty cool!

I’m writing this at the time of Brexit negotiations, where you can probably find a free public debate in London in every pub in the city. But check out Debating London for some more official debates. Many (at the moment at least) are around politics and bloody Brexit, but you can also get involved in debates about all sorts of other topics.

Geek Out at London’s Best Bars for Nerds 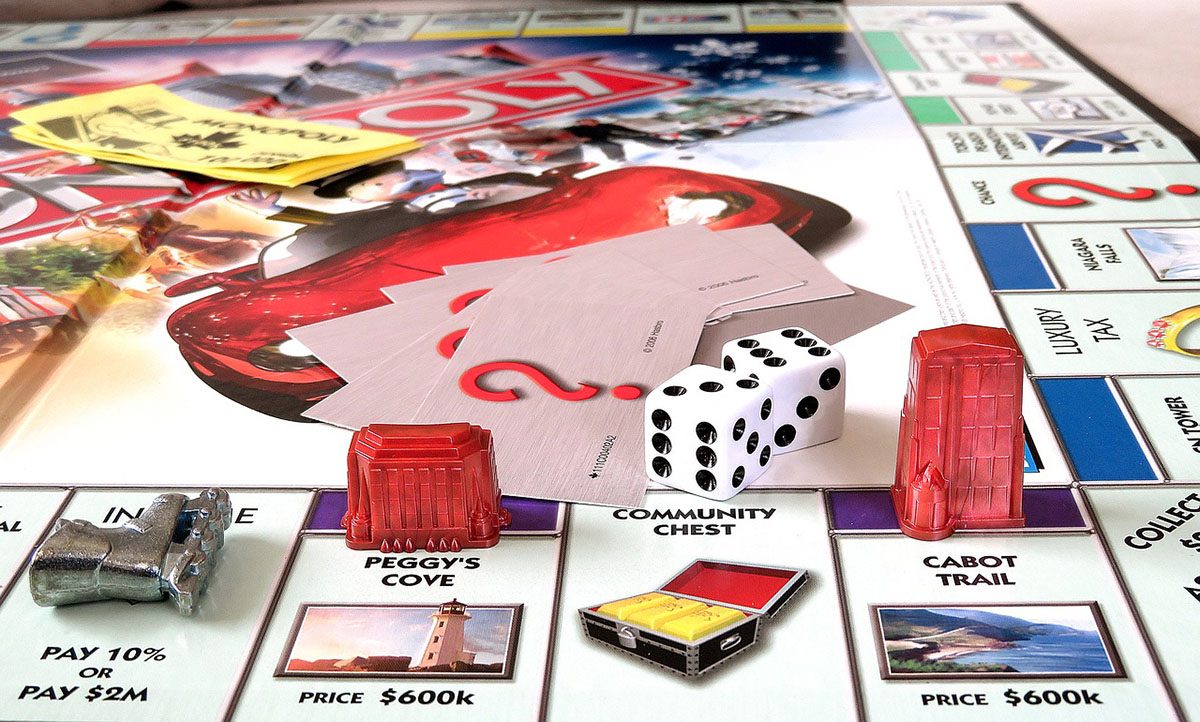 If you want to combine your nerdiness with drinking, you’re in luck at London’s best geeky bars. Raise a pint at pubs that were visited by some of London’s more colourful characters, drink at places that made history, or just lose yourself in a good board game or book at one of the city’s many board game/ book pubs.

Having to break out of a locked room is some people’s worst nightmare, but Escape Rooms have taken off in the last few years. Escape Rooms in London are some of the best in the world; some focus on pure logic, and some have themes (yep, there’s even a Harry Potter escape room!). No matter which theme or type of escape room you opt for, you’ll have to use the best of your logical brainpower to solve puzzles and help you break out of the room. 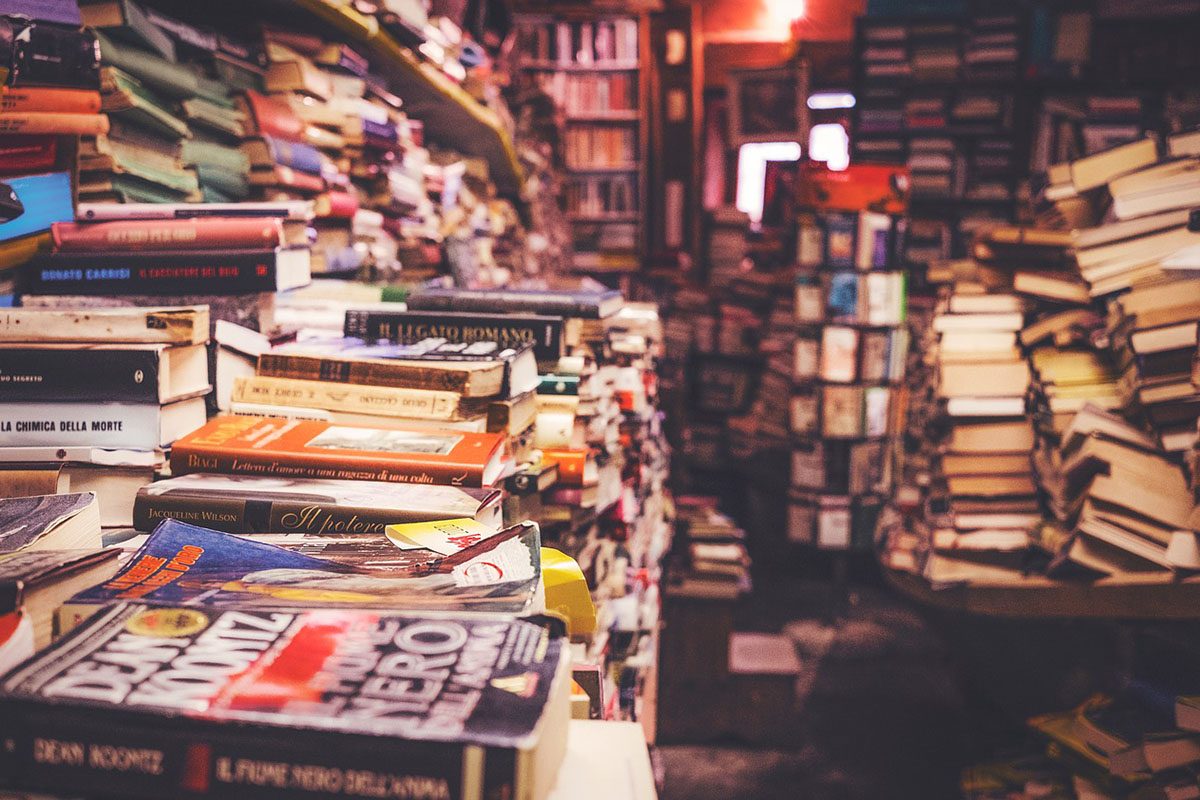 Hands up if you’d rather go book shopping than clothes shopping? I definitely would. Clothes shopping stresses me out in approximately 0.26 of a second but I could spend hours trawling bookstores.

Go to the Tower

There are so many historical attractions in London – any history nerd could be kept busy for weeks in one of the world’s most significant historic cities.

But I’d say the creme de la creme is the Tower of London. This is London’s very own castle, although it has acted as a prison, a zoo and the Royal Mint, among other uses!

It now holds the Crown Jewels, is rumoured to be haunted (of course) and has centuries of tales to tell.

You can visit during the day, or book onto a nighttime Ceremony of the Keys (these sell out way in advance, so book early to avoid disappointment).

Check out some other fantastic castles near London here.

Planning A Trip to London

If you’re planning a trip to London, I’ve got you covered. I’m a Londoner and I’ve wrote lots of planning guides to the city. If you’re after a London itinerary to follow while you’re there, click here and if you’re wondering where to stay in London, click here for a full London accommodation guide.

For backpackers, click here for a London on a budget guide and if you’re keen to day trip to some of London’s best historical attractions, here are the best castles in London.

Elsewhere in the UK?

If you’re exploring the UK a bit more after your trip in London, check out Bath – here’s the best free things to do and the best hotels in the city centre – and Bristol (my favourite city in the world!). Here are the best hotels in Bristol.