I don’t think it’s any secret how much I love Byron Bay. The place changed my life, it was exactly what I needed at that point of my journey, and it put me in great stead for everything to come. I always recommend people visiting Byron Bay to stay as long as possible – although I know that’s not feasible for everyone!

But many people like to chill here for a few days, maybe a week, maybe five months (I worked as well, promise! 😉 ) and once they’ve checked off the best things to do in the town, are interested in what day trips from Byron Bay are worth checking off.

There is so much to see and do around this area of Australia. Northern New South Wales is one location that I will keep returning to, time and time again, because it is absolutely bursting with attractions, natural beauty and unique things to do. It just feels kind of magic, as well.

Plus, you’re only a hop, skip and a jump from the Queensland border (ok, maybe a little further, but it ain’t far at all), so you’re close to a lot of attractions here. Byron Bay is a great stop on your east coast Australia road trip itinerary, but don’t forget to explore its magical surroundings. 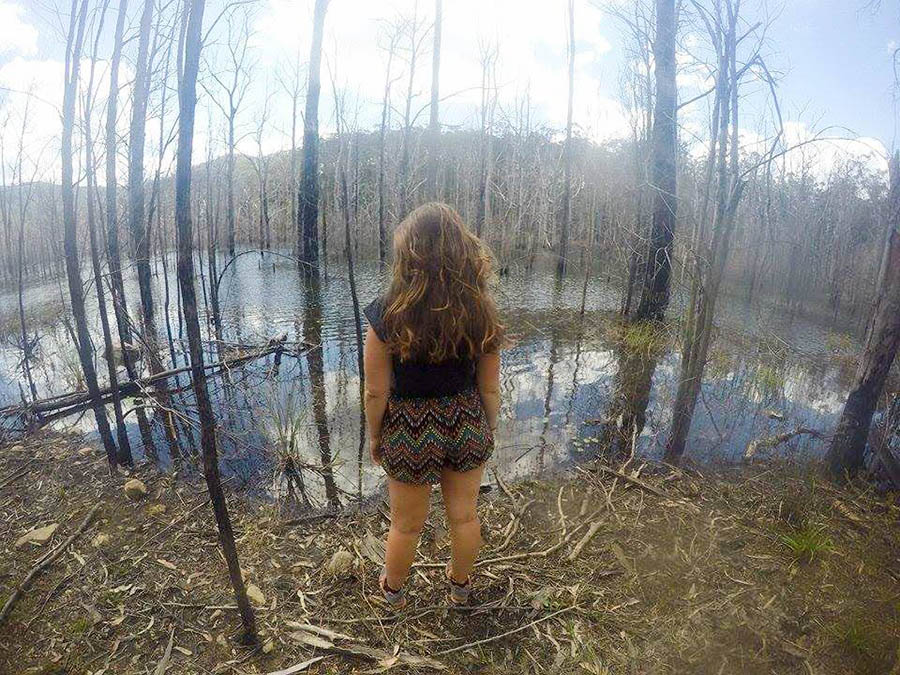 Over the border in Queensland, Springbrook National Park is standing ontop of an ancient volcano. The wilderness that is Springbrook was the cause of the volcanic eruption 23 million years ago.

The park is spread out over a large area, but there are plenty of short walks, swimming spots and waterfalls. The Springbrook Circuit visits the best locations in the national park. The best features of Springbook National Park includes:

How to get there: it is about an hour and 45 minutes drive north west from Byron Bay to Springbrook National Park. 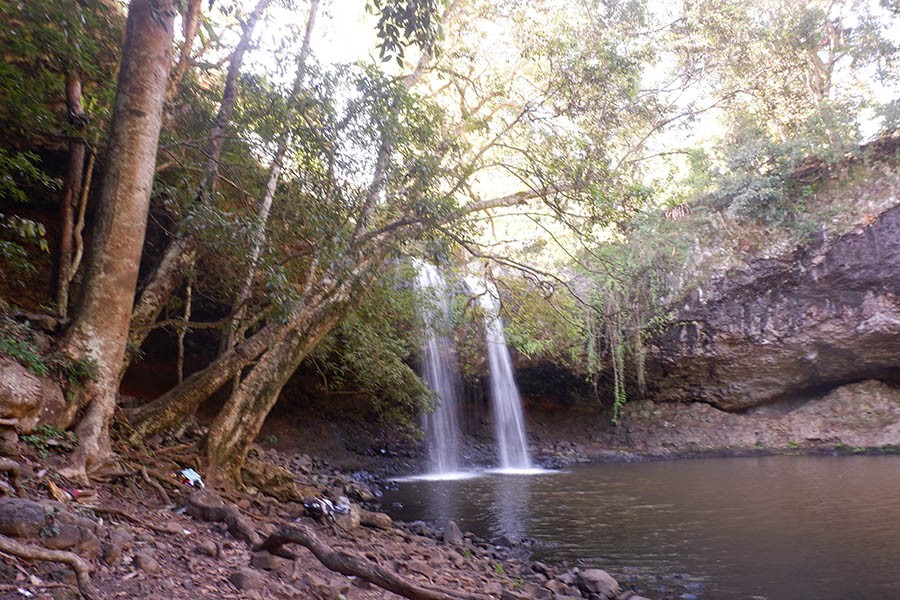 There are plenty of waterfalls in and around Byron Bay, but Killen are perhaps the easiest to reach. A short walk from the car park takes you to this plunge pool, which has plenty of room for both swimming and picnicing around the edge.

How to get there: Killen Falls are conveniently located by the M1. They are a half hour drive from Byron Bay. 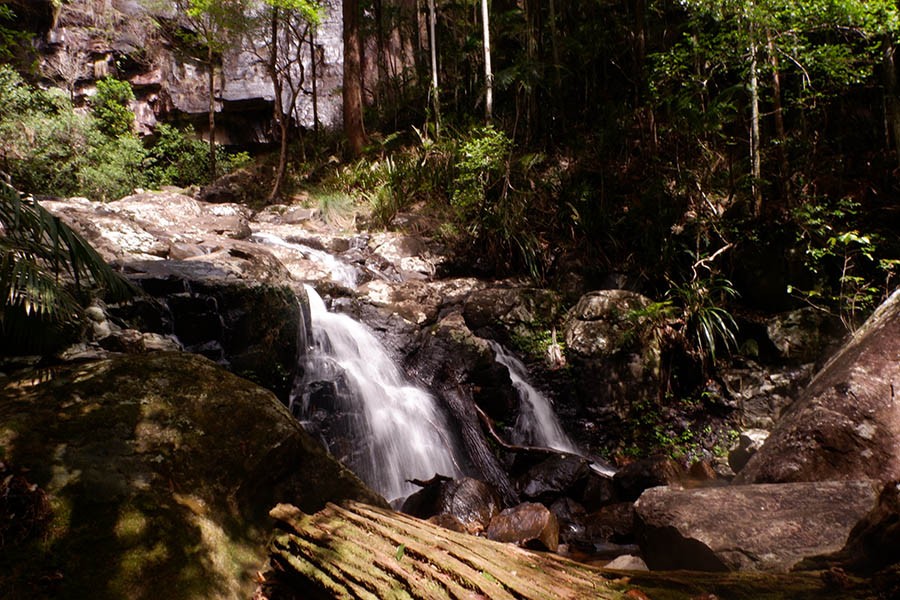 If you like ancient world-heritage rainforest and beautiful water features, Nightcap National Park is the place for you. Walk amongst lush forest to various waterfalls, including the famous Minyon Falls and the beautiful Protestors Falls. There are many walking trails of different lengths within the park, and plenty of flora and fauna to spot and enjoy.

How to get there: it is an hour and 15 minutes into the Byron Bay hinterland. Minyon Falls can be visited as part of an organised tour in Byron Bay. 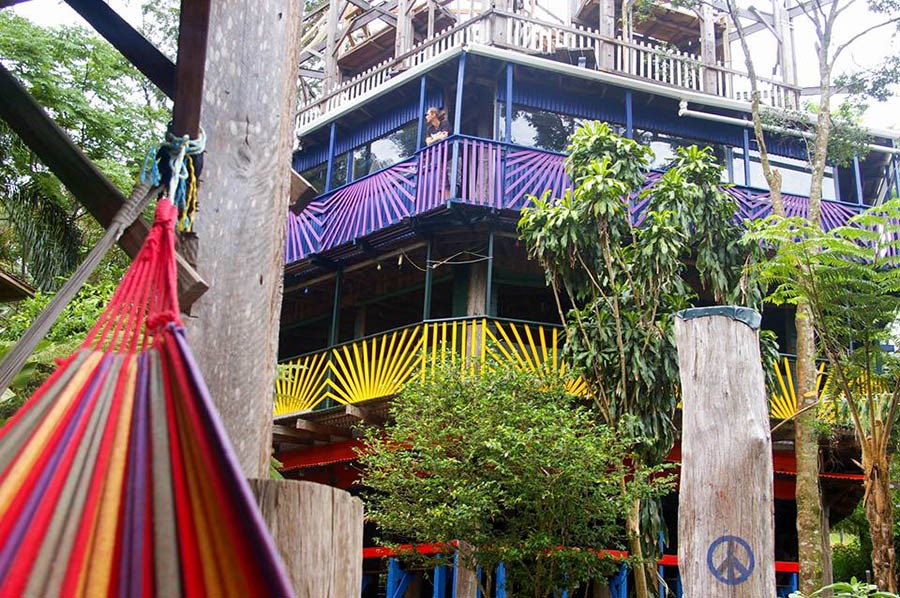 Set in the hinterland of Byron Bay, nestled amongst a beautiful forest, the Rainbow Temple is like a huge treehouse in the middle of nature. It’s a place to drop in and have a cuppa and chat to whoever is there at the time, or stay the night. Some people stay long-term and work on the temple, others just stay in one of the beds for a night and return to Byron the next day.

The beautiful kitchen is adorned with hippy-style decorations, has lots of comfy places to sit and interesting people to chat to come in and out. It’s somewhere to appreciate nature, to meditate, to catch up on writing or drawing or another creative outlet. It makes for a beautiful retreat-style day or overnight trip from Byron Bay.

How to get there: it’s just over a 50 minute drive from Byron Bay to the Rainbow Temple – into the hinterland. There are no buses.

Known by many as ‘what Byron used to be’, Mullimbimby is a hippie capital with a lot less tourists than Byron Bay. The town holds onto its roots, with art galleries, eateries and yoga studios. It’s really pretty to just wander around the town as well, and makes for a great escape from all the travel agents and business of Byron Bay.

How to get there: it is 26 minutes by car to Mullimbimby from Byron Bay, or bus route 640 connects them.

Oh Nimbin. A tiny village in Byron’s hinterland that is just an absolute law unto itself. It’s widely known that Nimbin is the place to get, shall we say, illegal substances in the area – but honestly it’s well worth visiting aside from all of this.

It’s a cheerful village with bright décor, anti-conformist slogans painted on every building and funky shops selling all sorts of quirky souvenirs. There is also an Aboriginal cultural centre which educates visitors about local Bundjalung culture.

How to get there: Nimbin is about 2 hours from Byron Bay by car, or it can be visited as part of an organised day trip from the town. 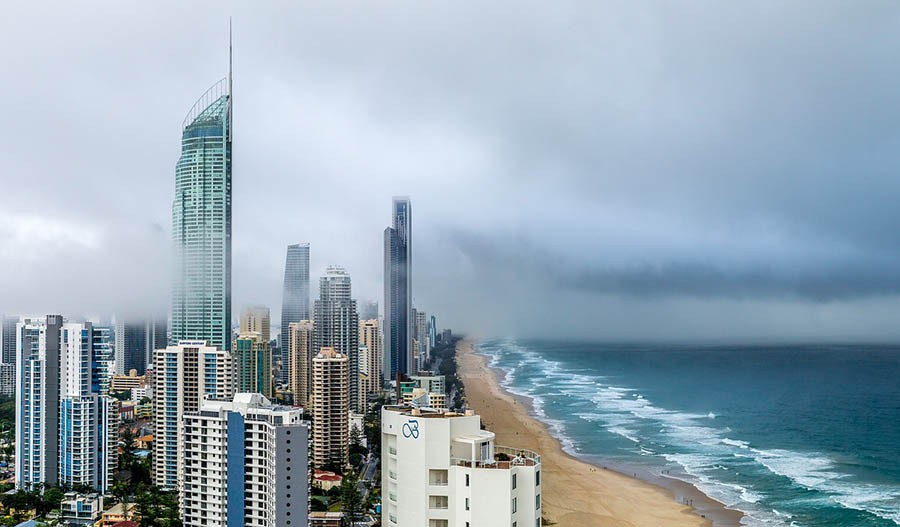 If you’re a party animal who likes a good time, Sufers Paradise is a fun overnight trip from Byron Bay. The larger than life town has been compared to Miami, as it has golden sands, blue seas with crazy waves, tall buildings and wacky attractions.

Some of the best things to do in Surfers Paradise include:

It’s also home to lots of restaurants, including my favourite – Lord of the Fries, an all vegan burger joint.

But of course, some of the best of Surfer’s Paradise can be had during the night! Night clubs include Sin City, Shooters and Underground.

How to get there: it is about an hour from Byron Bay to Surfers Paradise. The Greyhound services them both, or it is possible to take a few public buses to connect the two. 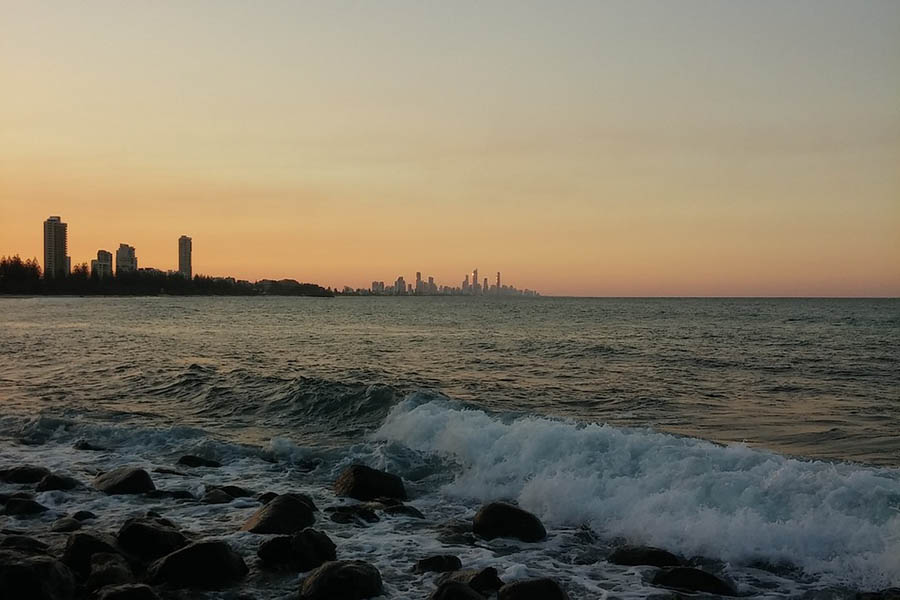 Surfers is part of the Gold Coast, but there are other, much more tranquil, places to visit on this stretch of beaches. Go to Surfers to party, but head to the other beaches of the Gold Coast for more of a chilled out time.

There are plenty of spots that are great to visit on the Gold Coast. If you’re into beaches, check out Mermaid Beach, Burleigh Heads (Gold Coast’s answer to Byron Bay, apparently!) and the beautiful estuary of Tallebudgera Creek.

If you’re wanting to stay off the beaches, check out Jellurgal Cultural Centre, Miami Marketta or the waterparks and theme parks. Wet’n’Wild and AquaSplash are popular places to cool off on a hot summer’s day and Warner Bros. Movie World and Dreamworld are great theme park options if you want to stay dry! 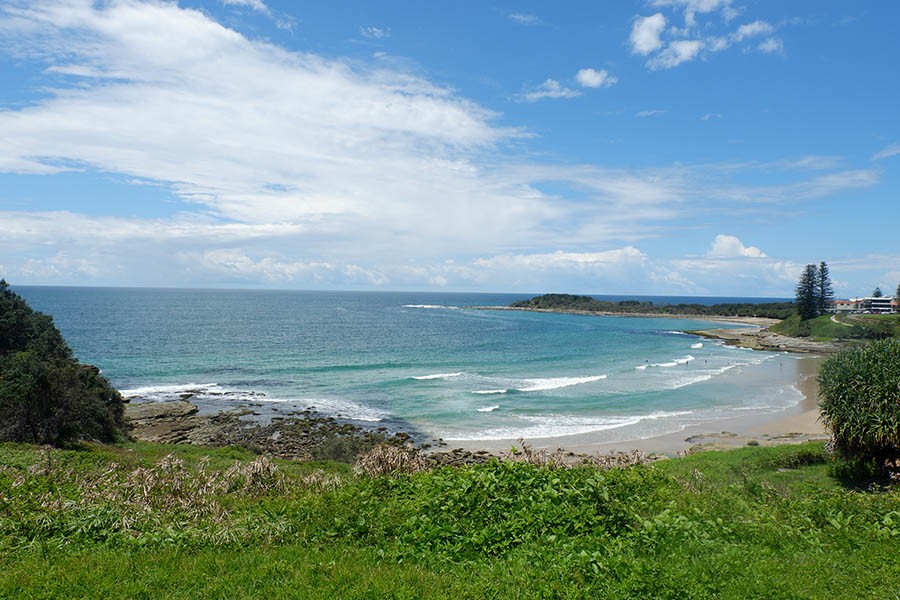 Yamba’s a fun little town. It’s got some beautiful beaches which are made for surfing, beautiful pools – the Angourie Blue and Green Pools – and the Angourie Walking Track along the beachside.

There’s also a lighthouse, with views over the beautiful beaches. And the highlight of Yamba is ‘Shane’s 10 buck tour’ which travels around the town, telling the highlights of the place with Shane’s own personality infused in.

How to get there: it takes about an hour and 40 minutes to drive from Byron Bay to Yamba. Alternatively, take the Greyhound coach.

Another more chilled out version of Byron Bay, Brunswick Heads is a beachside town with a beautiful nature reserve and a beach where the bush meets the sea. It’s a popular holiday destination with families, as there are attractions like kayaking and even snorkelling and diving in the marine park! 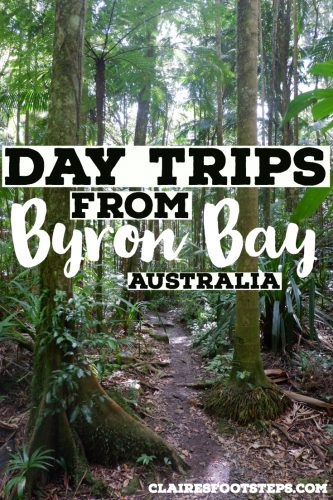 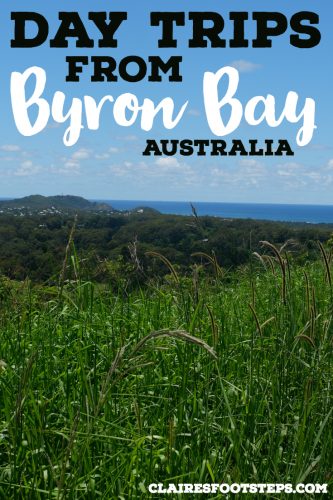