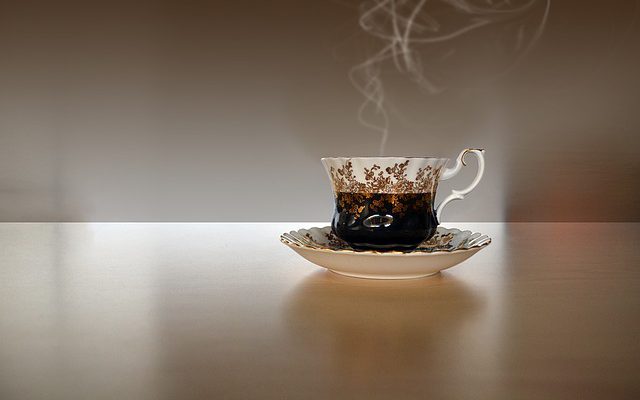 In my Great British Bucket List, I talked about the one hundred best things to see and do in the UK. From magical castles to beautiful beaches to quirky museums, the UK is a tiny country filled to the brim of exciting things to do and see.

But once you have fully appreciated all of these attractions, there’s plenty more on offer on the island. We’re known for our typically ‘British’ characteristics, our dry sense of humour  and our bizarre traditions. While there’s plenty of fascinating things to check off your British Bucket List, there’s some also wonderfully mundane activities to partake in on this island.

We’re a tea-drinking, queueing, apologising nation and if you really want to enjoy these British traits on your trip, be sure to take a note of this not-so-Great British Bucket List!

Disclaimer: I’m a Brit and I have all of these characteristics/ have taken part in all these habits. No offence to anybody intended 😉

Drink the perfect cup of tea

Tea–drinking is a British pastime, there’s no doubt about it. Whether you take yours black, milky or with two sugars, you’ll certainly find your ideal cuppa somewhere in the United Kingdom.

If you’re staying with Brits, be prepared to be offered tea upon arrival, in the morning, whenever you enter the house and at any time when there is a lull in conversation! English breakfast tea is the most common, but other teas such as Earl Grey are firm favourites, and you may even be offered a variety of fruit and herbal teas!

If you really want to spruce up your hot-liquid drinking, then you could opt for afternoon tea at one of the many iconic tearooms of Great Britain. Some to try are Betty’s tea rooms in Harrogate and York, The Pump Rooms in Bath or Claridges in London.

Also – remember to never refuse a cup of tea offered to you. For more dos and don’ts in the UK, check out this how to be a tourist in London guide.

One very important etiquette to abide by in the UK is queuing. Brits are known for their fantastic ability to form an orderly queue by any sort of stall, stand or shop and you will not be the nation’s favourite if you fail to join at the back and stand in an orderly fashion.

Try anywhere in London for a fantastic queue; especially outside any famous tourist attraction during peak time!

Buy your best umbrella and walk in the rain

In Britain, it rains. The fact that we’re an island twinned with some sort of gross satire means that there quite often seems to be more wet days than dry. If you want to embrace this weather in true British fashion, don’t let the rain keep you in. Take out a large umbrella – the most ridiculously patterned the better – and embrace it. Just try to not poke anybody’s eye out on the way!

It’s not all rain – be sure to not miss the ‘hottest week of the year’ which takes place annually between May and July, where temperatures top 25 degrees Celsius! The ‘week’ tends to be more in the range of 3-4 days, which, if you work in the UK, will most likely end on Friday as soon as you leave work. To take full advantage of this sunny spell, UK workers have to make sure you make a beeline to the local beer garden at 5pm each day.  If you’re just visiting the island, you’ll be able to take full advantage of this tropical weather by sunbathing in the local park, on a pebble beach, or on pretty much any non-road surface. If you close your eyes you’re basically in the Carribbean…

Do you know what a ‘tifter tat’ is? What kind of meal are you going for if someone invites you for a ‘ruby’?

Cockney Rhyming Slang, while not the second language of the UK by any stretch, is a funny way to express yourself in London. Traditionally only spoken by those from the East End, Cockney Rhyming Slang takes common words and replaces them with phrases where the last word rhymes with what they’re trying to describe. For example, ‘Apples and Pears’ means stairs.

Just to make it all the more confusing, sometimes the rhyming phrase gets shortened to its first word. So ‘Tea’ = ‘Rosie Lee’ = ‘Rosie’. Once you’ve got that sussed, you’ll be a UK pro!

After tea-drinking, apologising is one of the things that Brits do amazingly. Make sure that you’re exceptionally apologetic whenever you do the slightest thing wrong – and even if you don’t! Be sure to say sorry whenever anybody bumps into you, even if it’s not the slightest bit your fault. You wouldn’t want to seem rude now, would you?

See how absurd a place name you can find

The town that I’m from is next to a place called ‘Pratts Bottom’, and that’s probably about a 3 on the scale of ridiculous British names. Complete your quintessential tour of Britain by paying a visit to Upton Snodsbury in Worcestershire, or enjoy the seaside at Devonshire village Westward Ho! (the exclamation mark is actually on the end of the name!) Or finish your day at Great Snoring in Norfolk. One of the great things that Britain is known for is it’s bizarre place names, so see if you can snap a picture next to one of these wacky town signs!

If you tell any Brit that you’re planning on driving on the M25 (the motorway orbiting London), you’ll get a look that you’d only expect to see if you told someone you’d planned to jump into a lion pit with a sign saying ‘Eat Me!’. The motorway name is pretty much synonymous with ‘bad traffic’ and everyone has their own story about how their uncle’s boss’ wife was once stuck on the road for 28 hours for no feasible reason.

Once you see the ’40 mph’ road signs you’ll know that very soon, you’ll have entered South East England’s largest car park and soon you’ll be nose to nose with thousands of other cars, all attempting to orbit the UK’s capital. Nothing beats the overwhelming sense of victory you will feel when you finally get through the motorway’s traffic, and when you reach your destination do be sure to tell everybody about you traffic-conquering achievements, where they will either award you a medal or go into a half hour description of the time that they were waiting two days to cross the Blackwall Tunnel.

Put on shorts, a t shirt and flip flops when you see a glimmer of sunshine on the 16th March

I may have exaggerated slightly earlier – normally, sometime in the middle of March, us Brits are granted with one day where it is abnormally hot (normally around the range of 15 degrees) and there are more blue skies than sun. When this happens, it is very important that you dress appropriately. Your denim shorts and sandals won’t have had an outing since last July (because although we don’t like to admit it, the weather is always rubbish in August) and you won’t want them gathering any more dust!

If you’re fortunate enough to be in the UK during this one blissful spring day make sure that you don’t wear a coat – or you will soon get very sick of people asking ‘aren’t you hot?!’

There we are – a nation of sunshine–loving, traffic–hating but always tea–drinking queuers. On your trip to the UK, be sure to engage in the fascinating history and intriguing tales that this country has to tell, but don’t forget to experience some of these British characteristics too. We can be an eccentric old bunch, but you wouldn’t have us any other way, would you?

Bored of apologising and drinking tea? Check out some great things in the West Country or find out why you should visit Cornwall!

I’d really recommend you go to Bath and Bristol on your trip to the UK as well!