Ok ladies… I promised it, and here it is. A complete, unabridged mooncup review. My review takes travelling into account, but you can use my advice for just day to day use as well. Just as a disclaimer, this post is not sponsored by Mooncup, and even if it was it would be my honest opinion. Periods aren’t a laughing matter 😉

Oh also, any men who have stumbled upon this page, I’d recommend you run far, far away as it’s about to get very girly. Or stay, if you want to know about the trials and tribulations that come with having a vagina. Alternatively, check out these posts for some content that all genders can enjoy!

I bought my first Mooncup after attending VegFest in Bristol in 2016. I’d heard about them for a while, and I’d been wanting to make a purchase for quite some time. The benefits for the environment from using them over tampons pulled me in, as did the fact that they last for years – tampons were bankrupting me.

There are so many fantastic reasons to use a Mooncup. If you don’t believe me, check out this rap battle.

Mooncups can be bought easily on Amazon. They come in two sizes – A and B.

Use A if you are over 30 years or have had a vaginal birth. If you are under 30 years and have not given birth vaginally, B is the answer.

Upon purchase of your brand new mooncup, you might feel a bit overwhelmed. I remember opening it and thinking I’m meant to put that where?! There’s also a long ‘stem’ that looks rather inconspicuous.

The stem needs to be trimmed, but it’s there so you can grip onto it when you’re pulling it back out. I trimmed mine too short, but I’ve never had a problem.

Then the fun begins. I always insert my Mooncup by pushing down in the middle and letting it fold itself, rather than folding it up twice myself as recommended. I find it a lot easier to put in that way. Then you just… pop it in, the same way as you would for a non-applicator tampon. You might need to squat or raise a leg to get the right position to put it in. It’s all very glam.

It does take some getting used to, but after a few tries you’ll have mastered your Mooncup insertion technique, trust me!

Then comes the beautiful part of using a Mooncup – you can use it for up to 8-12 hours, without feeling a damn thing. If you’re heavy, you might want to take it out after 4 hours and see how you’re getting on, but towards the end of my period I put it in at the start of the day and take it out at night – and all day it’s like I’m not even on.

Taking it out can sometimes be a bit of a debacle, but you get used to it as you use it more and more. You pretty much just pull it out – occasionally you might find yourself rooting around a little to grab it properly, but normally it’s pretty easy to get out.

Mooncup recommend that women who find themselves with a stuck cup scenario to use their vaginal muscles to get it out – it’s easier than it sounds and don’t worry, there’s literally nowhere else for it to go. I’d recommend doing it while sitting on the toilet or in the shower just in case you have a nasty splattering incident. That’s never pleasant.

Each time I empty my cup, I rinse it if possible or wipe it with a tissue before I reinsert. At the end of my cycle, I sanitize it by leaving it in boiling water with some sterilising solution. It’s easy to do at home or on the road.

The Amazing Benefits of Using a Mooncup

It’s better for the environment

Tampons just aren’t good for the environment. Even if you use the non-applicator versions, they still come wrapped in plastic, a lot of which finds its way into the great Pacific Garbage Patch and eventually, into the stomachs of sea life.

It’s so so much cheaper

I spent £15 on my mooncup and have used it for 4 years. Some sources claim that they’re only good for a year, others 15 years. I’m just planning on using mine until I obviously can’t, and it shows no signs of wearing out yet.

I’ve had more or less 48 periods over these 4 years, which means that my total expenditure is just 31 pence per period. Of course, this doesn’t take into account painkillers and underwear that I’ve had to replace, but it’s a big step in tackling the ridiculous expense of periods, and the period poverty that some people face.

It’s better for your vagina

Tampons have all sorts of nasty things in them that I really don’t want to introduce to my vagina. Including fibres that they’re prone to leaving behind, as well as chlorine, fragrance and even pesticides. They also dry out the vagina, which throws off its balance and makes it unhealthy.

It’s light and easy to transport

You don’t have to worry about taking one or more boxes of tampons with you when you travel – just grab the super light mooncup in its pouch, and you’re good to go. It saves so much space in your bag and subsequently a lot of weight – so is great if you’re packing carry on only or just want to have a lighter load!

You won’t have to worry about buying tampons abroad

Tampons aren’t the easiest things to buy abroad. Some countries only stock sanitary pads – and not light ones at that. If you’re backpacking in some places in Asia and Latin America for a long time, you don’t want to end up carrying tampons around with you – so go mooncup!

The Negative Parts of Using a Mooncup 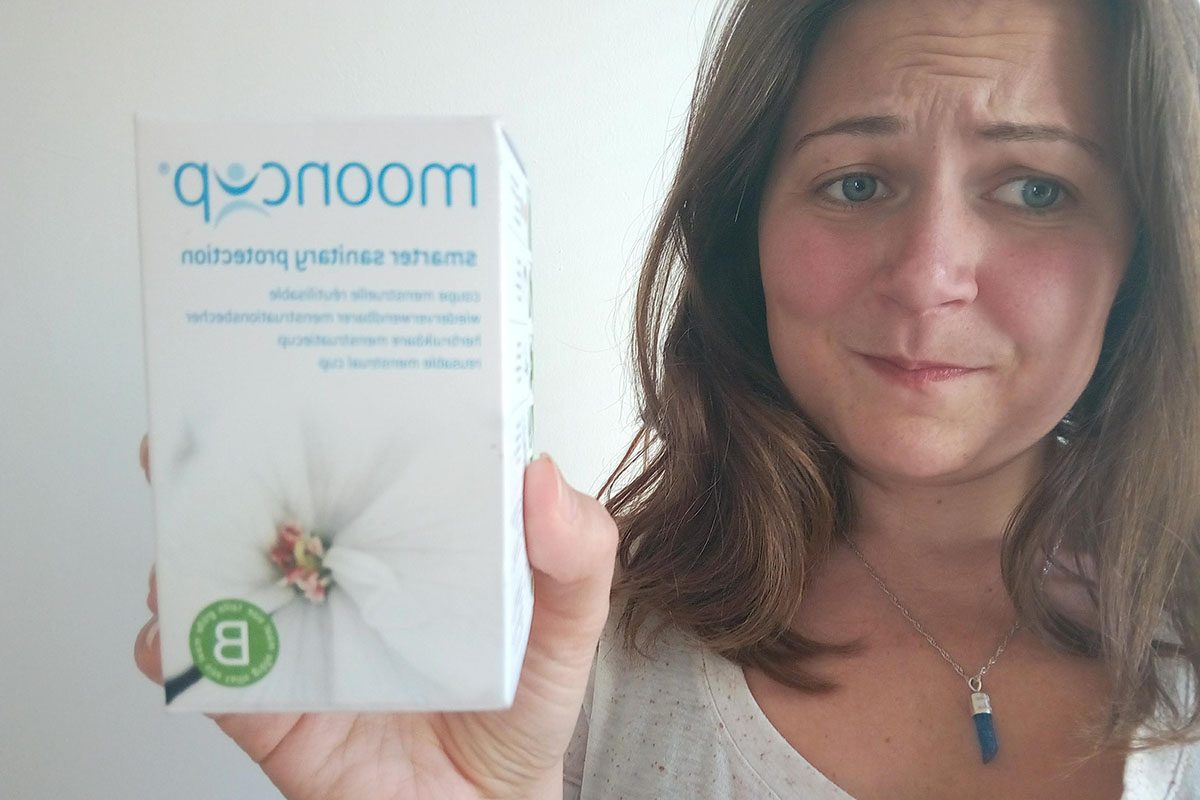 Before I get into the amazing benefits of using a Mooncup, I’ll quickly list the negative aspects. There aren’t many, and I’ve got used to them by now.

It takes a while to learn how to insert it properly

This means that there is the potential for leaks when first using it. But honestly, it didn’t take me long to adapt to them and I find myself leaking a lot less than when I was using tampons nowadays.

The ‘8-hour’ window can be deceiving

This largely depends on how long your period is. When I’m on my hellish day one, 8 hours is no way enough time. 4 hours is normally my window, but I try every 3 just to be sure. I’ve had a few leaks like this before as well. Every other day of my period, I can leave it in for over 8 hours and be fine.

It can be messy when you remove it

It doesn’t happen often, and again, you quickly get used to it. But I’ve had a couple of incidents where my bathroom looks like a miniature murder scene – luckily it’s always been easy to clean up! 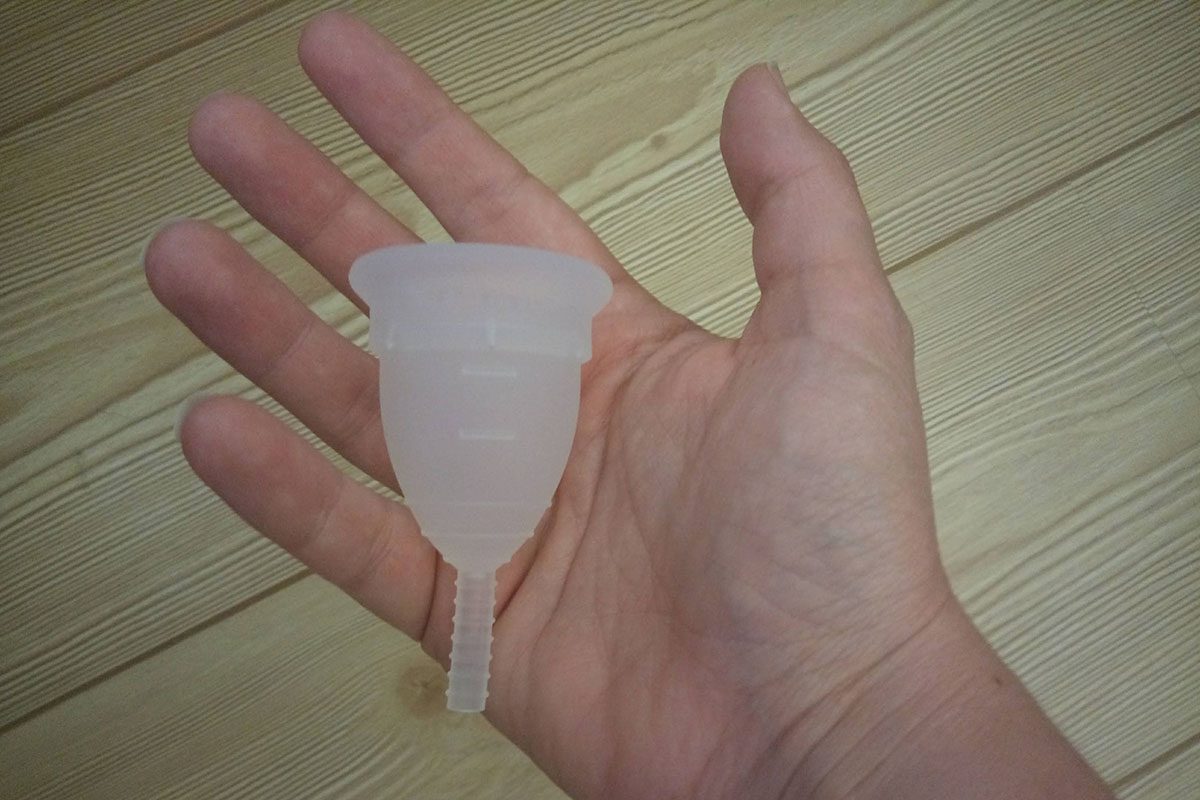 Can you get toxic shock syndrome from a menstrual cup?

It is possible to get toxic shock syndrome from a menstrual cup, but so far (in 2019) only 2 cases have been reported – both times the woman had left their cup in for far longer than recommended.

Can you pee while wearing a menstrual cup?

Can you sleep with a menstrual cup?

Yep, all good – just make sure you change it before you go to bed and when you wake up.

Are you supposed to feel a menstrual cup?

No, you’re not, although even after a few years of using one I still sometimes do initially. Generally, the feeling goes away pretty quickly.

Which is the Best Menstrual Cup?

Now we enter… the cup wars.

Is Mooncup the best menstrual cup? Is it a great tampon alternative for travelling?

So, as you’ve probably already guessed, I am very pro-menstrual cup. The Mooncup is without a doubt the classic menstrual cup, and I only have a couple of problems with it (as mentioned above). But are others better?

2 thoughts on “Mooncup Review: Is this the best way to travel on your period?”