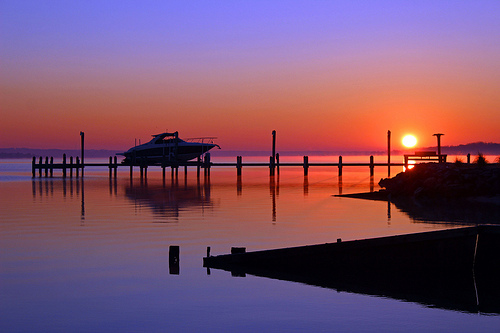 With picturesque beaches and a glorious waterfront, oodles of history and fantastic wildlife watching opportunities, there’s heaps of reasons to visit Maryland, which is known as America in Miniature. Whether you’re just road tripping the state or it is part of a longer journey – perhaps a Boston to Miami road trip – you’ll find yourself captivated and enchanted by Maryland.

The main road trip follows part of the larger Route 50, also known as America’s Backbone or the Loneliest Road, which spans from Sacramento, California, to Ocean City, Maryland. Whether you decide to start or end your road trip in Maryland, you’ll want to book a night at one of the hotels in Ocean City to prepare for or recover from your trip!

Just 50 minutes’ drive from Washington, D.C. is the Sailing Capital of the World, Annapolis, Maryland. Uncover the history of Maryland’s capital city by exploring the U.S. Naval Academy’s base and the Annapolis Maritime Museum.

With its unique scenery, Kent Island offers great beaches and a history that’s typical of the state. A day on Kent Island typically involves exploring the Cross Island Trail by foot and viewing the Bloody Point Bar Lighthouse from the south of the island. If you’re after some food, the Kent Island Farmers Market sells local cuisine every Thursday year-round.

One of the state’s best historic destinations, St. Michael’s has been a shipbuilding town since the mid-1600s. Check out the Chesapeake Bay Maritime Museum to learn more about its history.

This quiet waterfront city a is a secret gem of Maryland, with a picturesque harbour and enthralling history. A stroll around Oxford offers a wonderful break from driving.

Visitors flock to Cambridge to enjoy the amazing seafood and gorgeous landmarks, including the historical windmill. It’s the last of its kind and was rebuilt in the 1970s from parts of a mill from the 1880s.

Assateague Island encompasses a huge national park containing wild horses and over 37 miles of wonderful beaches. It’s a fantastic stopover on your Maryland road trip. Best visited in the summer, picnicking, hiking, and relaxing are just some of the great activities to be had on the island.

Known for its wonderful beaches, entertaining attractions, and fantastic restaurants, there’s plenty of fun for all ages in Ocean City. If you’re finishing your road trip here, spend some time letting off some steam in the arcades, being amazed at Ripley’s Believe It or Not!, or chowing down on some of the region’s delicious cuisine. Don’t forget to book an Ocean City hotel for when you arrive!

These spots shouldn’t be missed, but there’s plenty of other wonderful destinations to visit on your Maryland road trip, too! Check out the other best things to do in Chesapeake Bay, which include amazing wildlife watching opportunities, unique islands, great places to shop, the rolling mountains of the western part of the state, historic Salisbury, and the small-town atmosphere of Willards. You certainly won’t be bored in this wonderful state, America in Miniature!

One response to “The Ultimate Road Trip Around Maryland, USA”